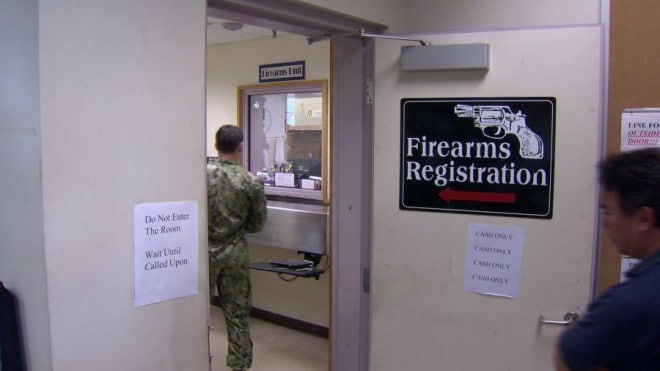 Proposals are afoot on both the east and west coasts that could see a mandate for gun owners to keep a minimum amount of liability insurance under threat of up to $10,000 in fines.

Measures currently underway in the Hawaii Senate, New Hampshire House, New York Assembly and the Los Angeles County Board of Supervisors could have wide-reaching effects for those who own, sell or possess firearms.

“I don’t want to take people’s guns away from them but I want people to take full responsibility,” Hawaii State Sen. Josh Green, D – Kona, Ka’u, sponsor of the bill there, told Hawaii News Now.

Green, a medical doctor and past Hawaii physician of the year, falls back on the frequently used argument of comparing guns and cars to make his point.

“They have to pay insurance so that if they’re in a collision and they hurt someone else who’s an innocent bystander, it’s covered. Just like with guns, if a gun falls into the wrong hands or if there’s an accident, just an accident, it makes a lot of sense to me that we have that extra level of responsibility,” said Green.

His measure, SB 3032, introduced on Jan. 27, would require anyone purchasing a gun in the islands first obtain liability insurance with a special fund set up by the Hawaii insurance commissioner for fees off premiums to be used for firearms safety programs and mental health services. In Hawaii, guns are strictly regulated and have to be registered with local police. Under Green’s bill, proof of insurance would be required to obtain and keep a registration and be renewed every five years. Current regulations only mandate an owner register a gun once.

In New Hampshire, state Rep. Katherine Rogers, D-Merrimack, has introduced legislation that would require all involved with guns in the Granite State – to include dealers – carry liability protection insurance. Her measure, H 1368, was introduced on Jan. 6 and offers penalties of up to $10,000 per instance for non-compliance.

“I don’t want to ban guns,” Rogers said as reported by the Concord Monitor. “I want people to have safe ownership of guns. Law-abiding gun owners are an important part of our population.”

A bill in New York introduced last year which requires $250,000 as a minimum threshold for insurance coverage for gun owners, was referred to the Assembly Committee on Insurance this month. The backer of that move, Assistant Speaker Felix W. Ortiz, a powerful Brooklyn Democrat, originally wanted $1 million in coverage when he proposed similar legislation in 2013.

In California, LA County Supervisor Mark Ridley-Thomas is pushing insurance as a way to help prevent violence. Like Green in Hawaii, he compares the issue to that of mandatory coverage for automobiles.

“If you have a car, it has to be insured,” he said. “It puts more of a burden of responsibility on the owner.”

The concept of mandatory liability insurance for gun owners has been offered up for the past several years although previous attempts, such as that of Ortiz and in California in 2013 have tanked.

Currently, no state has such a mandate on the books.

On the federal level, New York Democrat U.S. Rep. Carolyn Maloney, a staunch champion of gun control, has in the past two sessions of Congress unveiled a “Firearm Risk Protection Act” mandating coverage that has seen little movement. Her first attempt garnered nine co-sponsors while the current one has 13.

Columnists have written opinion pieces in media outlets both large and small espousing the need for insurance as gun reform, even advocating the powerful insurance lobby get involved in the push, citing the past political muscle of the group.

“Without the insurance industry’s lobbying, public advocacy and acceptance of disruptive change, Obamacare would have failed like every other attempt to reform our disastrous and doomed health care system,” wrote the Wall Street Journal‘s Jeff Yang last October.

However, Second Amendment advocates contend a liability coverage mandate is effectively another barrier to gun ownership that was never a part of the Constitution.

“Clearly, firearm liability insurance will have no effect on the criminal misuse of firearms; however, it will have onerous effects for law-abiding gun owners,” reads a legislative alert on New Hampshire’s bill from the National Rifle Association’s Institute for Legislative Action. “Law-abiding gun owners should not have to pay to exercise their constitutional rights, and individuals lacking financial resources should not be forced to decide between defending their families and putting food on the table.”