Should using drones for hunting be banned? 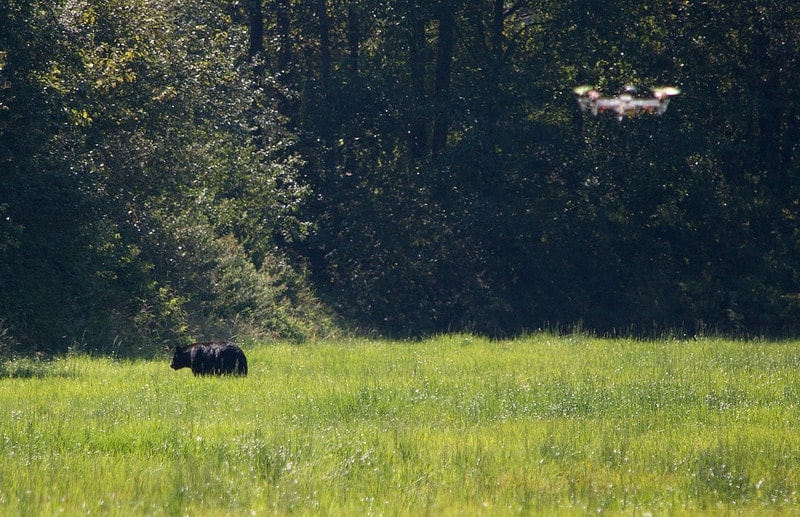 It’s already illegal to use a drone to hunt big game in Nevada, but a new proposal would expand that ban to all hunting in the state.

The Nevada Board of Wildlife Commission heard public comment on Friday for expansion of the provision, which is meant to preserve the “fair chase” ethic, the Las Vegas Review-Journal reported.

Under current law, hunters may not use unmanned aerial vehicles to “locate or observe, or assist a person in locating or observing, any big game mammal” from 48 hours before the open of big game hunting season to its close.

Jeremy Drew, commission chair, told Guns.com drones could already be covered by current law because it states no aircraft – including hot air balloon – may be used to spot animals during hunting, but language should be added to explicitly include that latest piece of technology.

“I will tell you that there was consensus among the Commission to move the regulation forward with some changes: including exploring the viability of expanding the regulation to ‘any game,’” Drew said in an email.

Several states have also passed laws regulating use of drones for hunting and otherwise and the Federal Aviation Administration recently required that owners register their unmanned aircraft.

Idaho recently moved to explicitly ban drones in hunting, where the state already outlawed the hunting of animals which were tracked from the air within 24 hours. In Oregon, the ban on tracking animals from the sky is eight minutes and that state also recently passed legislation barring hunters from using drones.

Other western states, like Alaska, Colorado, Montana and New Mexico, have also banned drones for use in hunting.

Colorado almost took it a step further by introducing a measure — ultimately voted down — that would have let hunters turn the tables by allowing them to shoot drones out of the sky.