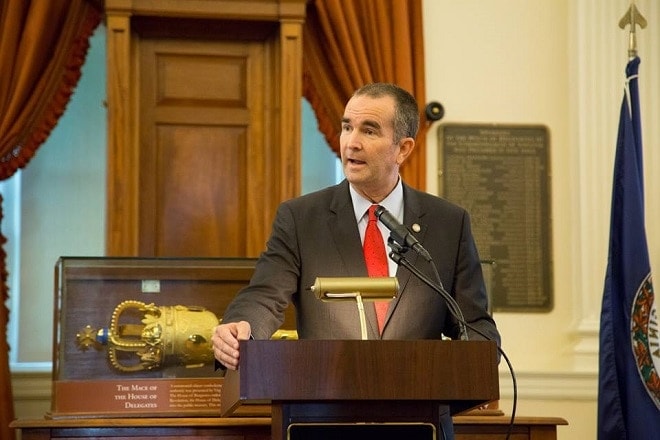 Lt. Gov. Ralph Northam, a Democrat in the race for the Governor’s Mansion next year, broke a tie with ease Monday, killing a gun reform measure. (Photo: ltgov.virginia.gov)

The proposal in the Republican-controlled state Senate came down to a stalemate after defections by GOP lawmakers that allowed Lt. Gov. Ralph Northam to cast the deciding vote.

Northam, a former state senator himself and Democratic hopeful to take Gov. Terry McAuliffe’s spot in 2017, broke the 20-20 tie on Monday, scuttling a bill that would have allowed law-abiding Virginians to carry a concealed weapon without a permit.

“Senate Bill 48 would have eliminated the common-sense requirement that Virginians obtain a permit to carry a concealed weapon, which is a step backward and would put our safety at risk,” said Northam in a statement. “I hope that we can continue to work together in a bipartisan fashion to make Virginia a better place to live, work and raise a family.”

The proposal at hand, introduced by Virginia state Sen. Richard H. Black, R-Loudoun, would have allowed anyone legally able to possess a handgun under state and federal law to carry one concealed without a permit. The state would have continued to issue concealed handgun licenses for the purpose of out of state reciprocity.

Though Republicans have a narrow one-seat majority in the chamber, Sen. Emmett Hanger, R-Augusta County, jumped ship to side with 19 Democrats to create the tiebreaker for Northam.

“Today was a mixed bag in Richmond,” noted Black on his social media account, citing the failure of his constitutional carry bill but tempering it with news that other legislation he backed, to include testing a backlog of rape kits, advanced.

The vote on the permitless carry proposal came the first working day after Gov. McAuliffee’s announcement, in conjunction with Republican House of Delegates Speaker William J. Howell that a plan to rescind concealed carry reciprocity agreements with 25 states was being walked back in a compromise agreement over the howls of gun control advocates.

With Virginia’s effort at constitutional carry shot down this session, there are other efforts still very much alive in Idaho, West Virginia, Tennessee and Louisiana. On Monday, a new proposal was introduced in Utah although the chances of it making it past Gov. Gary Herbert, who vetoed a similar bill in 2013, are slim.

Currently, seven states have constitutional carry laws on the books with Maine and Kansas added to the list last year.