Military leaders to Congress: Sign up women for the draft 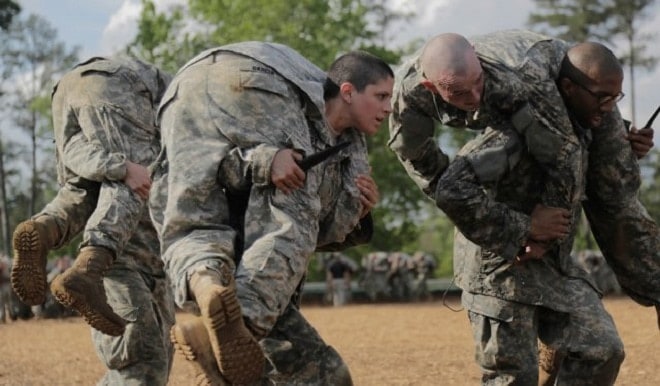 The top uniformed officers of the Marines and Army were frank with Senators this week on drafting women now that combat roles are open to them. (Photo: Spc. Nikayla Shodeen/U.S. Army)

“I think that all eligible and qualified men and women should register for the draft,” Army Chief of Staff Gen. Mark Milley told lawmakers on Tuesday.

Milley was on hand along with Acting Army Secretary Patrick Murphy, Navy Secretary Ray Mabus and Marine Commandant Gen. Robert B. Neller  to testify before the Senate Armed Services Committee on the changing roles of women in the military.

With Defense Secretary Ash Carter throwing open combat specialties such as infantry and special operations units positions to women last year, the brass weighed in on how they plan to integrate females into war fighting units– while keeping a threshold of combat effectiveness.

“For the record, I fully support opening military occupational specialties [MOSs] in the United States Army to all Soldiers regardless of gender,” Milley said. “And, I believe full integration of women in all career fields will either maintain, sustain or improve the overall readiness… and our capability of the force if… and only if we maintain and enforce rigorous combat readiness standards and we maintain a merit-based results-oriented organization, and we apply no quotas and no pressure… we will not impose quotas on ourselves.”

Milley further explained his thinking when he responded to questions from Missouri Democrat Sen. Claire McCaskill who asked if women should be included under the Selective Service Act which currently mandates men over 18 register for the draft.

As noted by Military.com, Milley’s remarks were seconded by Commandant Neller, who said, “Senator, it is my personal view that based on this lifting of restriction for assigning MOSs, that every American that is physically qualified should register for the draft.”

Though the peacetime draft ended in 1973, men are still required to register before age 26 under penalty of imprisonment for up to five years and/or a fine of not more than $250,000. Further, failure to register invalidates one from federal jobs and vocational training programs.

Marine Corps veteran and Medal of Honor recipient Dakota Meyer took to social media to elaborate on his feelings on the matter.

Everyone has their opinions about whether or not the military should offer up combat positions to women which doesn’t matter now because its happening. So with that being said I totally agree with this…..I mean what’s fair is fair, right? For quite some time now there has been grand standing by a group of politicians in the name of women’s equality in the military. But its not really equality when one group is required to do something and the other be given the option when all other things are equal. If it is a push for equality then let there be equality; women of age should then register for the draft as well. Selective equality is inequality. I guess the moral of the story is be careful what you ask for because you just might get it.