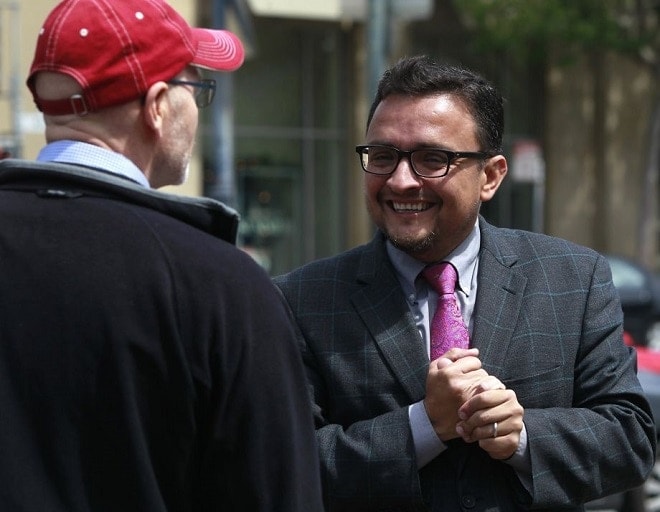 The San Francisco Board of Supervisors on Tuesday unanimously approved a new ordinance that would require anyone in the city, except police, who leave a gun in a vehicle to secure it first.

The measure was introduced last September by Supervisor David Campos and was designed to address shortcomings exposed in the aftermath of the fatal shooting of Kathryn Steinle on San Francisco’s Pier 14 in July.

In that incident, suspect Juan Francisco Lopez-Sanchez, a Mexican national with at least five deportations under his belt, allegedly used a Sig Sauer handgun stolen from the vehicle of a U.S. Bureau of Land Management ranger that was left loaded and unsecured on the seat.  This was compounded with the news last November that the pistol used in the fatal shooting of an artist in the San Francisco area was stolen from an Immigration and Customs Enforcement agent. That gun, a 9mm Glock 26, was taken from the car of a federal agent in the area just two weeks before the shooting.

“Here in the Bay Area, we have seen examples where guns have ended up in the wrong hands [and] lead to tragic outcomes,” Campos said.

His measure, File 150973, would specifically prohibit individuals from leaving a firearm in a motor vehicle. The only exception would be if the gun was secured in a locked container or locked truck separate from the main cabin of the vehicle or hidden under a seat. Motorcycles and scooters would have to have a lock box permanently affixed to the vehicle.

Violations would be a misdemeanor with a penalty of up to six months in county jail and a $10,000 fine. If approved, it would be the first such law in the state governing how guns are secured in personal vehicles, though lawmakers at the state level are exploring similar legislation.

Ironically, though the filing started as a measure specifically for police; city and county peace officers are exempted from the proposal as long as their agency has a policy regulating the storage of guns both on and off duty. Likewise, the law would not cover officers from outside jurisdictions and federal agencies, such as the BLM ranger in the Steinle murder and the ICE agent in the Oakland killing.

This change came after protests of the original language from the San Francisco Police Officers Association who termed the measure and remarks made by Campos, “a knee-jerk reaction,” in a letter to the Board last December.

Meanwhile, three handguns as well as a FBI badge and credentials were stolen last week from the car of an agent in the Waters End neighborhood of Benicia, near San Francisco. The FBI is offering a $5,000 reward for information leading to an arrest in that case.

The proposal requires a second vote by the Board, which will likely take place next week.