Fatal shooting during domestic dispute appears to be self-defense 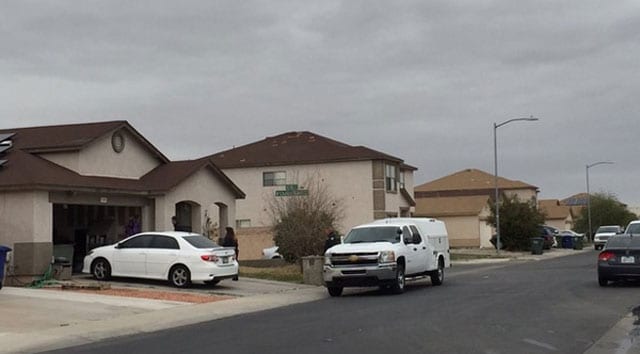 Neighbors say police were called to the home on numerous occasions before the deadly shooting. (Photo: ABC)

A deadly shooting following a domestic dispute Sunday night at an El Mirage, Arizona, home is being investigated as an act of self-defense.

Authorities received a phone call around 10:30 p.m. from a woman indicating she had just shot her boyfriend. When police arrived at the home, they found the man, who has not been publicly identified, in a bedroom. He was pronounced dead at the scene.

The woman was taken into custody and questioned, but later released.

Police did not provide many details on the moments that led up to the shooting, but according to Sgt. Robert Peoples with the El Mirage Police Department, there was some sort of dispute that turned physical, causing the woman to fear for her life. Reports from a local ABC affiliate indicate the man was armed with some sort of weapon when he was shot, but police did not elaborate on what it may have been or whether the woman was injured.

At the time of the shooting, the woman’s adult daughter, as well as two young children, were at the home. Police said the daughter corroborated the woman’s account of what transpired and the children were unharmed. However, it’s unclear if the children witnessed the shooting or the incident leading to the deadly encounter.

Neighbors had good things to say about the woman and her children, and also confirmed domestic disputes were common, as were visits from the police.

“The mother and the boyfriend used to argue a lot,” said neighbor Ray Watkins, adding the shooting left him stunned, but also questioned why the woman didn’t just leave if it was a volatile situation.

Another neighbor, Katrina Martinez, said the woman and her children are really sweet and her grandchildren would often play with the woman’s kids.

Authorities say the woman’s children are currently in the care of family members, but will likely be returned to her.