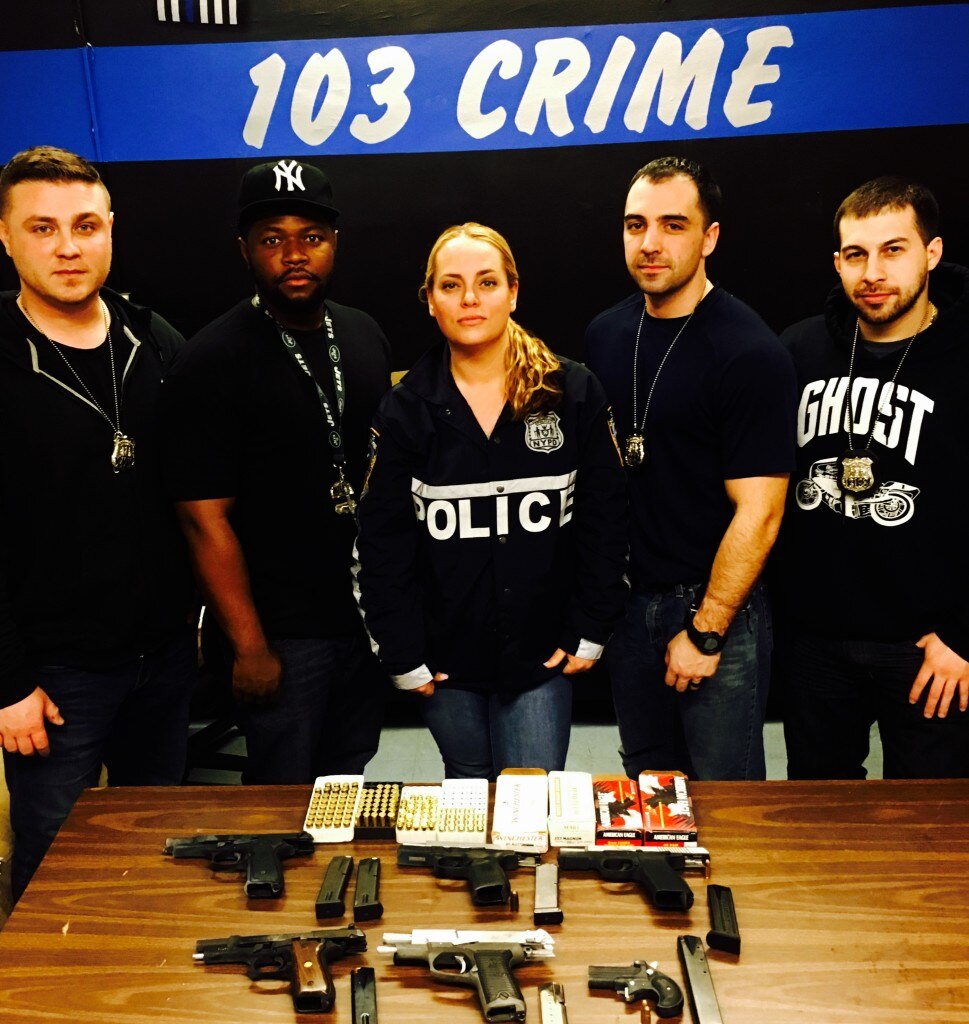 Dick Wolf may have his next installment for Law & Order with this hotshot, photogenic group of New York’s finest.

The Queens “anti-crime” crew took a pro-active approach when they arrested a man in possession of six illegal handguns Wednesday night.

Three of the officers were on patrol when they saw a man inside a white Subaru that had four flat tires. Suspicious?

As the officers approached, the man jumped out of the car, tossed a gun onto the front seat and fled on foot.

The officers, joined by two of their cohorts, followed suit and apprehended the suspect after a brief chase. One of the officers, Robert Difalco, was injured during the chase, but was taken to the hospital, treated and released.

After the arrest, they searched the Subaru and found six guns, several boxes of ammo and marijuana.