I'll remember these big 2015 stories about cops and guns 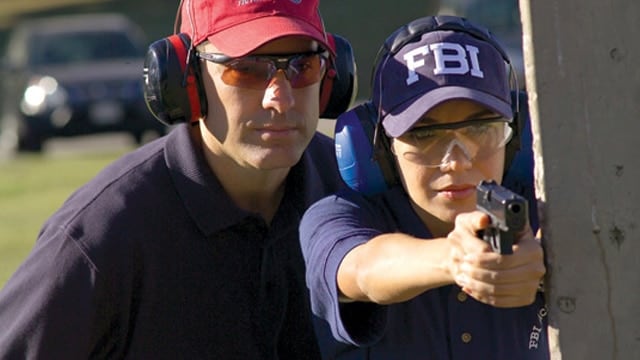 The FBI made the (wise) decision to switch from .40 caliber handguns to 9mm. (Photo: FBI)

Because I’m in law enforcement, I naturally seem to gravitate towards stories about police. Here are two important, though easily missed stories that occurred last year involving American law enforcement and their handguns.

The first story that deserves a spot in your memory bank is what occurred at the Los Angeles Sheriffs Office after deputies transitioned from their lame, heavy trigger firearms to the Smith & Wesson M&P in late 2013. What happened was an unheard of increase in negligent discharges. In fact, reports in 2015 stated that negligent discharges increased by 500 percent that year. That’s insane!

I believe the LA Sheriff’s office actually did a great job choosing the new pistol. They did a horrible job apparently of emphasizing the fundamentals like keeping your finger straight and off the trigger. But I don’t think that was the culture.

There is, of course, another contributing factor to these NDs: You can pull the trigger to disassemble the M&P. (Note: With the M&P you can remove the slide by manipulating the sear deactivation lever, but many find it easier to simply pull the trigger.) To address this feature, firearms instructors should have created and t

aught stern steps to ensure that the firearm was unloaded before pulling the trigger to disassemble. A buddy check could have gone a long way here too.

Thankfully no one was wounded.

Why wouldn’t you go with 9mm?  When it comes to handgun calibers, I’m all for accuracy and shot placement. That’s what matters most when it comes to gunfights with handguns. Unless you’re using a 12 gauge slug, there’s not that much of a difference between shooting someone with a .40 or a 9mm.

I’ve shot, carried and have owned all calibers of handguns. I’m comfortable with all rounds, but I can rock and roll with the 9mm because of the kick. Sure, I can control other calibers very well, largely because of my thumbs forward grip, but the tamer 9mm allows for even faster, more controlled shots–I can put a dozen rounds in a small target area in seconds.

The FBI has a reputation for going with really big calibers but they wisely decided to switch from the .40 to the 9mm in late 2015.

No doubt, one of the biggest problems the FBI had with the .40 was that their agents were not able to shoot this caliber well–be it because they were scared of the recoil (and as a result of this probably unable to train effectively) or simply incapable of shooting it as quickly as other rounds. Going to 9mm will help them immensely in both training and tactical situations.