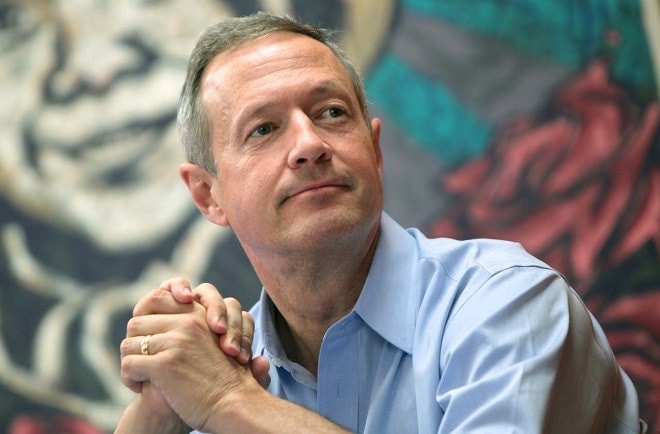 Citing the ban violated the Second Amendment, a federal appeals court has kicked a decision upholding the prohibition back to a lower court.

While firearms mega company Beretta USA vowed to move out of the state for more accommodating areas, and gun sales boomed on the cusp of the law’s effective date U.S. District Court Judge Catherine Blake refused a move by Second Amendment advocates to block the sweeping ban. This, in turn, led to a full-blown lawsuit in the case of Kolbe et al v. O’Malley et al, in which Blake, a 1995 appointment to the court by President Clinton, ruled that AR-15 style rifles and others “fall outside Second Amendment protection as dangerous and unusual arms.”

A panel for the Fourth U.S. Circuit Court of Appeals in a 2-1 ruling on Thursday nonetheless found that people have a right to guns the state of Maryland holds to be assault rifles and kicked Blake’s 2014 decision to the curb.

Citing that, “Between 1990 and 2012, more than 8 million AR- and AK-platform semi-automatic rifles alone were manufactured in or imported into the United States” and that large capacity magazines — of which an estimated 75 million are in circulation — “are so common that they are standard” the court found for the plaintiffs.

“In sum, semi-automatic rifles and LCMs are commonly used for lawful purposes, and therefore come within the coverage of the Second Amendment,” wrote Chief Judge William Byrd Traxler, Jr. for the majority including Judge G. Steven Agee. Judge Robert B. King dissented.

“We therefore struggle to see how Maryland’s law would not substantially burden the core Second Amendment right to defend oneself and one’s family in the home with a firearm that is commonly possessed by law-abiding citizens for such lawful purposes,” wrote Traxler.

Holding that, “strict scrutiny is the applicable standard of review for Plaintiffs’ Second Amendment claim,” the majority lambasted the lower court’s judgement that intermediate scrutiny — which only requires a “reasonable fit” for a challenged law to bring about a government’s objective — applied in the case. With this, they vacated Blake’s ruling and sent the case back to the lower court to rehear with the new guidelines, requiring Maryland to prove the restriction furthers a compelling interest and is narrowly tailored to achieve that interest.

The case saw groups lining up on both sides with the Brady Center, the Law Center to Prevent Gun Violence and the attorney generals for New York, California, Connecticut, Hawaii, Illinois, Iowa, Massachusetts, Oregon and the District of Columbia standing by the ban while the National Rifle Association, National Shooting Sports Foundation and the AGs of 21 states sought to overturn it.

The former governor made much of his record on gun control during his sputtering attempt to garner a Democratic Presidential nomination this year though he was less vocal on Beretta’s ultimate decision to expand operations to more gun-friendly Tennessee.

Gun rights groups saw Thursday’s ruling by the court as a big win.

“The Fourth Circuit’s ruling is an important victory for the Second Amendment,” said Chris W. Cox, executive director of the NRA’s Institute for Legislative Action in a statement emailed to Guns.com. “Maryland’s ban on commonly owned firearms and magazines clearly violates our fundamental, individual right to keep and bear arms for self-defense. The highest level of judicial scrutiny should apply when governments try to restrict our Second Amendment freedoms.”

Going further, constitutional law scholars argued the victory in Maryland is a shift from past rulings by the federal courts.

“This is the first federal appeals court that has seriously called into question bans on assault weapons and high-capacity magazines,” UCLA Law Professor Adam Winkler told Guns.com Thursday. “Such laws have uniformly been upheld by the appellate courts in the past.”

Indeed, last year, citing feel-good reasons, the U.S. 7th Circuit Court gave its blessing to an Illinois town’s prohibition on large capacity magazines and certain firearms. A further petition to the Supreme Court was denied although Justices Thomas and Scalia felt it should be heard.

Winkler cautioned against getting too excited over Thursday’s gun rights win just yet, as the Maryland attorney general vowed he will seek en banc review by the full Fourth Circuit or Supreme Court reversal of the Kolbe decision altogether.

“The case might be overturned by a larger panel of appeals court judges. Or the trial court could uphold the bans even applying the new, heightened standard ordered by this panel,” said Winkler.

Until then, it looks like the Free State’s assault weapon ban is on thin ice.