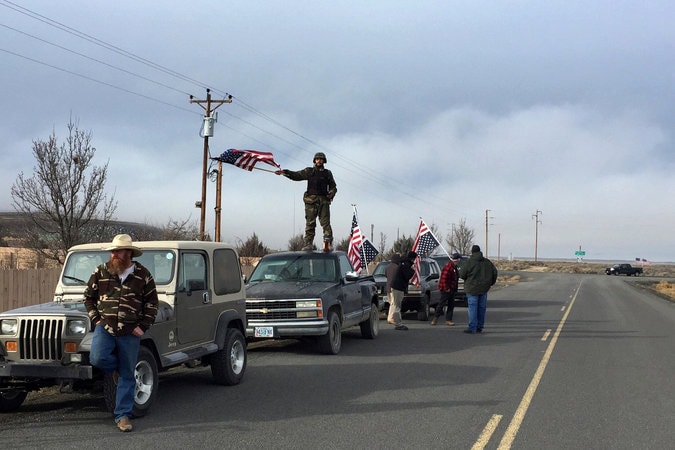 Oregon’s legislature is considering a bill to close up a loophole many say aided the suspect involved in South Carolina’s racially charged church shooting last year.

The loophole – which allows a gun sale to go forward if a criminal background check hasn’t been completed in three days – is now referred to as the “Charleston loophole,” due to a delay in the background check process that allowed 21-year-old Dylann Roof to purchase the gun he ultimately used to end the lives of nine people in a South Carolina church – despite an arrest for drug-related crimes.

Although federal law requires anyone wishing to buy a firearm from a federally licensed dealer to pass a background check before purchasing the firearm, if the Federal Bureau of Investigation’s National Criminal Background Check System doesn’t process that applications within three days, a gun dealer is allowed to proceed with the sale – although they are not required to do so.

However, Oregon lawmakers have introduced a bill – House Bill 4147 – that would require full completion of a background check before a gun sale can be finalized.

“We passed a bill that said all gun sales have to go through a background check. And it’s not true because of this loophole,” said House Majority Leader Jennifer Williamson, the bill’s sponsor, to the Statesmen Journal.

Williamson was referring to Senate Bill 491, a law passed in 2015 that went into effect in early August, which established the state’s universal background check system – meaning that all gun sales in the state of Oregon, even private ones, would require a background check to be processed before allowing the sale of a gun.

The passage of that law made Oregon the 12th state in the country to require universal background checks – but according to the newspaper, the law doesn’t enjoy universal support in the state, and even some county sheriff’s commissions have refused to enforce it.

The Oregon State Police completed almost 263,000 background checks in 2015, most of which took about five minutes. Out of those, 8,467 – or about 3 percent – were delayed, and out of delayed background checks, only 5 percent are usually denied.

According to the FBI, NICS processed a little more than 276,000 background checks in 2015 for Oregon.