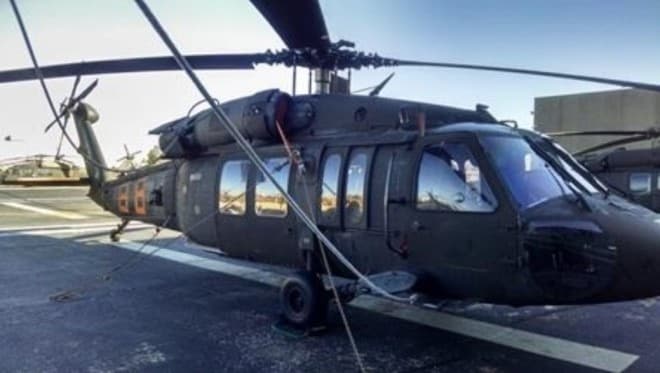 If you switch to Ramen for awhile…

The GSA is getting rid of a gently used UH-60A Blackhawk helicopter with a starting bid of just $200K, but there are a few catches.

Currently in Hunstville, Alabama, the medium lift utility helicopter, just right for those weekend getaways or carrying your 105mm light howitzer from one side of the valley to the other, is in “as is” condition and, to be honest, has likely seen better days.

The ‘Hawk, S/N: 79-23288, has seen mucho service as detailed in the very interesting 208-page Historical Records which account for everyday of its service since being delivered by Sikorsky to the Army in 1980.

The chopper spent its first 12 years of service with the 101st Airborne Division (Air Assault) at Fort Campbell, Kentucky which means it likely saw service in the Gulf War. Then in 1994 it was transferred to the Corpus Christi Army Depot (CCAD) which is a large training base for helicopter operations before ending up back in Kentucky with the Army National Guard’s 114th Aviation Regiment then to the Minnesota Guard as part of the 147th Assault Helicopter Battalion where it saw service in Kuwait and Iraq during Operation Iraqi Freedom and on to the Washington Guard before being pulled from service and sent to Hunstville last December for disposal.

In short, this bad boy has been around and the warranty is simple: there is none.

Still, you could be the only guy on the block with a Blackhawk.  Till the next auction.