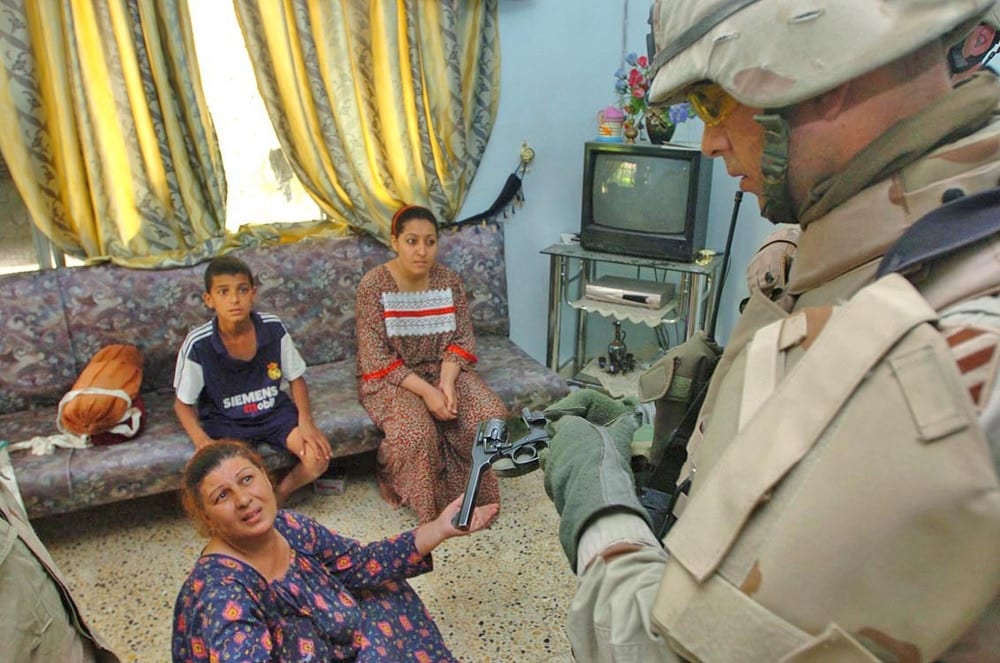 U.S. Soldier asks about a .38-caliber pistol — a “lemon squeezer” — found during a raid in New Baghdad, Iraq in June 2003. Perhaps the gun is the reason for ordering .38-caliber rounds. (Photo: DVIDS)

Winchester Ammunition was awarded a $99.2 million contract to produce three different types of ammo for the U.S. Army.

The Defense Department announced the contract on Thursday for Olin Corp., the parent company of Winchester, to produce .38- and .45-caliber and 9mm rounds in indefinite quantities until the orders meet the price, or the contract expires on March 9, 2022.

Quantity will be determined per order, and so will the Winchester facility that fulfills the order. Halfway through fiscal year 2016, Winchester aims to shift manufacturing operations from Illinois to Mississippi.

On Tuesday, Olin reported Winchester raking in $156.7 million in sales for 2015’s fourth quarter, which ended Dec. 31. Earnings were up by $4.4 million for the quarter and $9.5 million more in sales.

However, sales were down by approximately $27 million than in 2014. The difference is attributed to the ongoing relocation of manufacturing operations from Illinois to Mississippi.