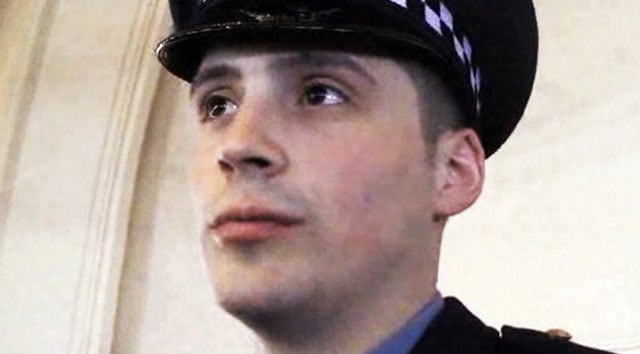 A Chicago police officer who shot and killed a baseball bat-wielding college student in December filed a countersuit against the teen’s family Friday, citing the “extreme emotional trauma” he has endured since the fatal shooting.

Officer Robert Rialmo is seeking more than $10 million from the estate of Quintonio LeGrier, whose family has also filed a wrongful death lawsuit. But in addition to compensation for emotional damage, Rialmo’s attorney, Joel Brodsky, explained that the suit held another purpose – to make known Rialmo’s account of what transpired on the day LeGrier was killed, which, according to the Chicago Tribune, up until Friday, was never made public. Likewise, Rialmo and the family of LeGrier have very different recollections of that day.

On Dec. 26, Officer Rialmo responded to multiple 911 calls indicating some sort of distress or emergency. Upon arriving at the residence, Bettie Jones, 55, who lived in the downstairs portion of the duplex, came to the front door, but then went back to her apartment. 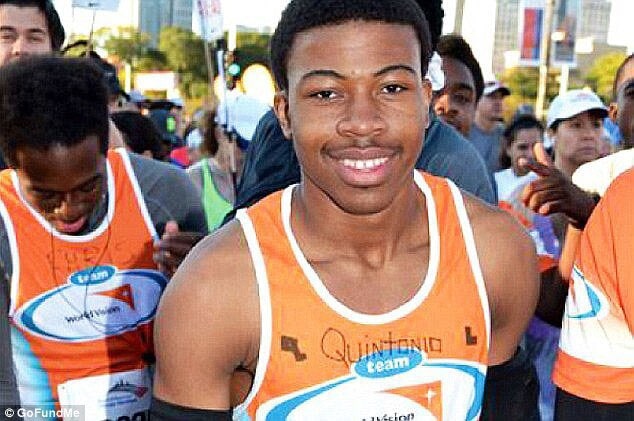 Quintonio LeGrier was shot multiple times, but the medical examiner confirmed the gunshot to his chest was the fatal wound. (Photo: Chicago Tribune)

According to Rialmo’s lawsuit, as soon as he was through the front door of the building, LeGrier came “barging” out of his father’s upstairs apartment with a metal baseball bat in his hand and as soon as the 19-year-old was in close proximity to the officer, “took a full swing” at Rialmo, narrowly missing his head by mere inches, “but getting close enough for Officer Rialmo to feel the movement of air as the bat passed in front of his face,” the suit stated.

Rialmo backed out of the building and onto the porch, while he repeatedly ordered LeGrier to drop the bat, but the teen refused and instead took additional swings at the officer. With LeGrier positioned to take yet another swing, Rialmo fired eight of the 18 shots from his Smith & Wesson 9 mm handgun, striking LeGrier multiple times.

LeGrier was shot in the chest, back, buttock, arm and shoulder, but unbeknown to Rialmo, one of the shots passed through LeGrier’s body and struck Jones, who was still standing in her doorway when the shooting occurred. Both LeGrier and Jones died, but authorities determined Jones’ death was an accident.

Rialmo, who remains on administrative leave, said he shot the teen when he feared LeGrier would strike him in the head with the metal bat with force sufficient enough to kill him.

“The fact that LeGrier’s actions … forced Officer Rialmo to end LeGrier’s life, and to accidentally take the innocent life of Bettie Jones, has caused, and will continue to cause, Officer Rialmo to suffer extreme emotional trauma,” the lawsuit outlines.

But the families of LeGrier and Jones give a very different account of what happened that day. 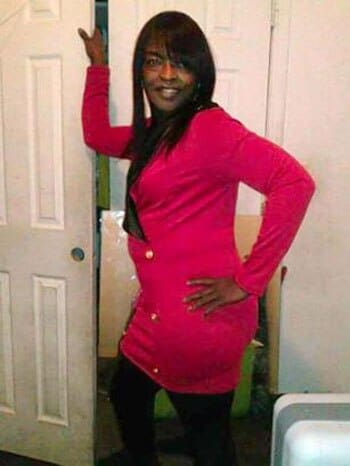 Bettie Jones was struck by a bullet that passed through LeGrier’s body as she stood in her doorway. (Photo: Chicago Tribune)

Antonio LeGrier claims his son was inside the building and Rialmo still outside when he began to fire recklessly inside the building, a claim backed by Jones’ family, who also said Rialmo was about 20 feet away when he opened fire, not two to four feet as the officer claimed. Additionally, LeGrier’s family said the teen was not doing anything illegal and never posed a threat to anyone when he was shot and killed.

However, Brodsky noted an increasing trend in families seeking a payout from the city following an officer-involved shooting, indicating the increase was a result of the city’s $5 million settlement last year with the family of Laquan McDonald, who was shot 16 times by a Chicago police officer.

“Ever since the McDonald payoff, people are treating officer-involved confrontations like a lottery ticket and they’re waiting to cash it in,” Brodsky said.