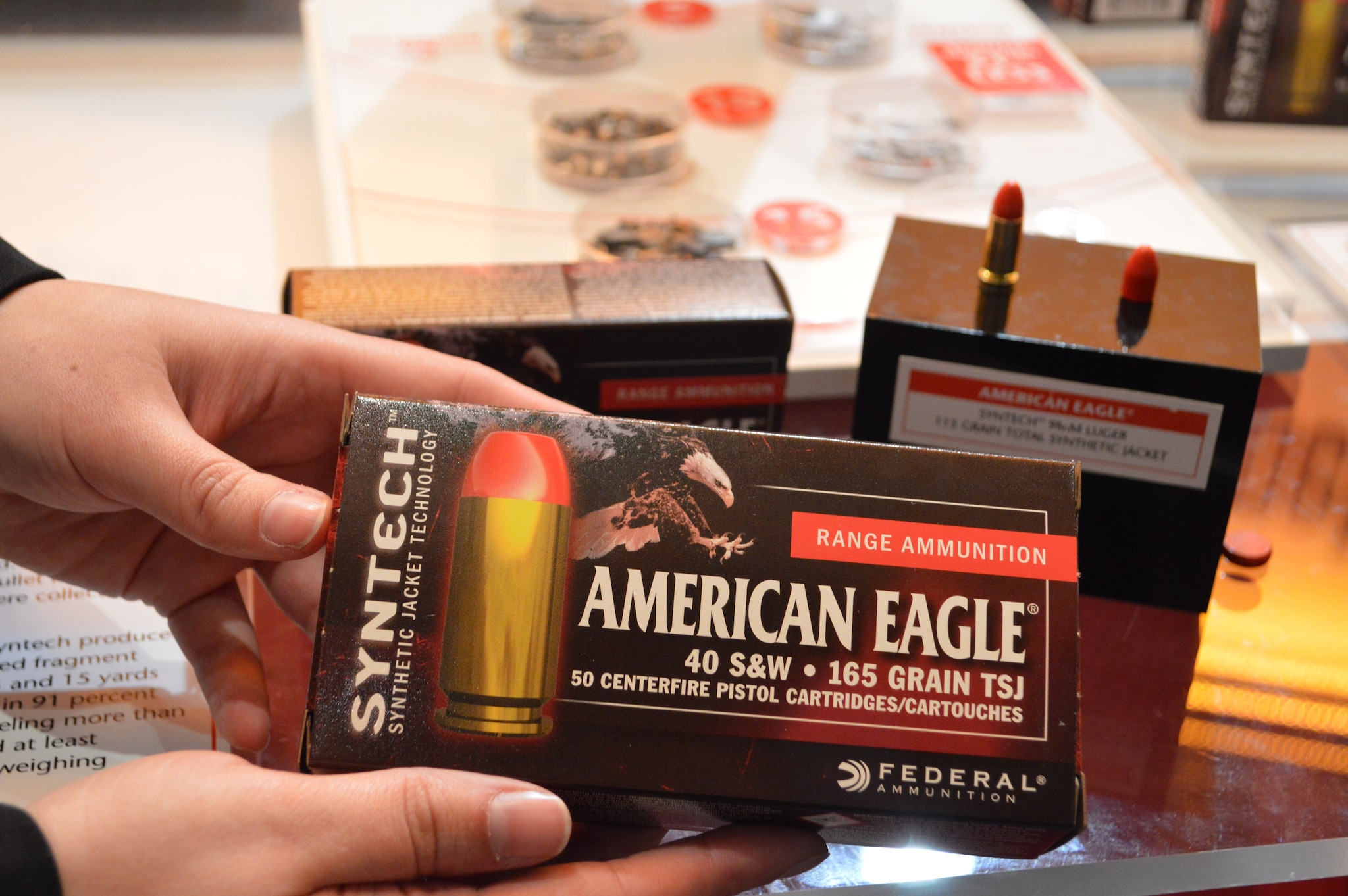 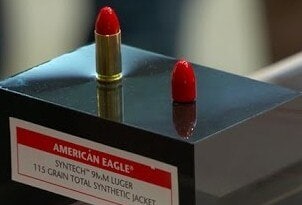 The most intriguing of all Federal’s introductions is Syntech by American Eagle. While this is not the first in clad-bullets, the Syntech product is basically a super-clean ammo line geared toward indoor target shooting. Syntech ammo is so called due to its Total Synthetic Jacket, a polymer coating that replaces a copper jacket in conventional FMJ target ammo.

With a coated bullet, there’s essentially no lead or copper to foul the barrel, though we don’t know the science of the lipstick-looking polymer coating. Less fouling should mean less barrel cleaning time. The clean-freak ammo has been paired with a cleaner-burner propellant and hotter, lead-free primer.

Vista Outdoor explained the benefits of Syntech on the range, not only as being cooler and cleaner but also safer, as the rounds are designed to dramatically decrease splash and fragmenting of a jacketed bullet into a hard target. What little spray there is has been shown in Federal’s studies to stay much closer to the intended target.

We did not have the chance to fire Syntech on the range yet, and MSRP is yet to be announced, though Federal touts it as an affordable FMJ range option.  It is slated to be available in the most common pistol calibers, including 9mm and .40 S&W.

With the success of Federal Premium’s original 3rd Degree Turkey in 12 gauge, the announcement of 20-gauge was no big surprise. The new smaller bore will come in 1- 7/16 oz. If you’re not familiar with the function of 3rd Degree, it’s a quite specialized wad-shot combo that essentially uses a three-tiered shot system, that in a single round, is intended to send a wide pattern at close range while still keeping a secondary pattern tighter for mid- and long- range birds. 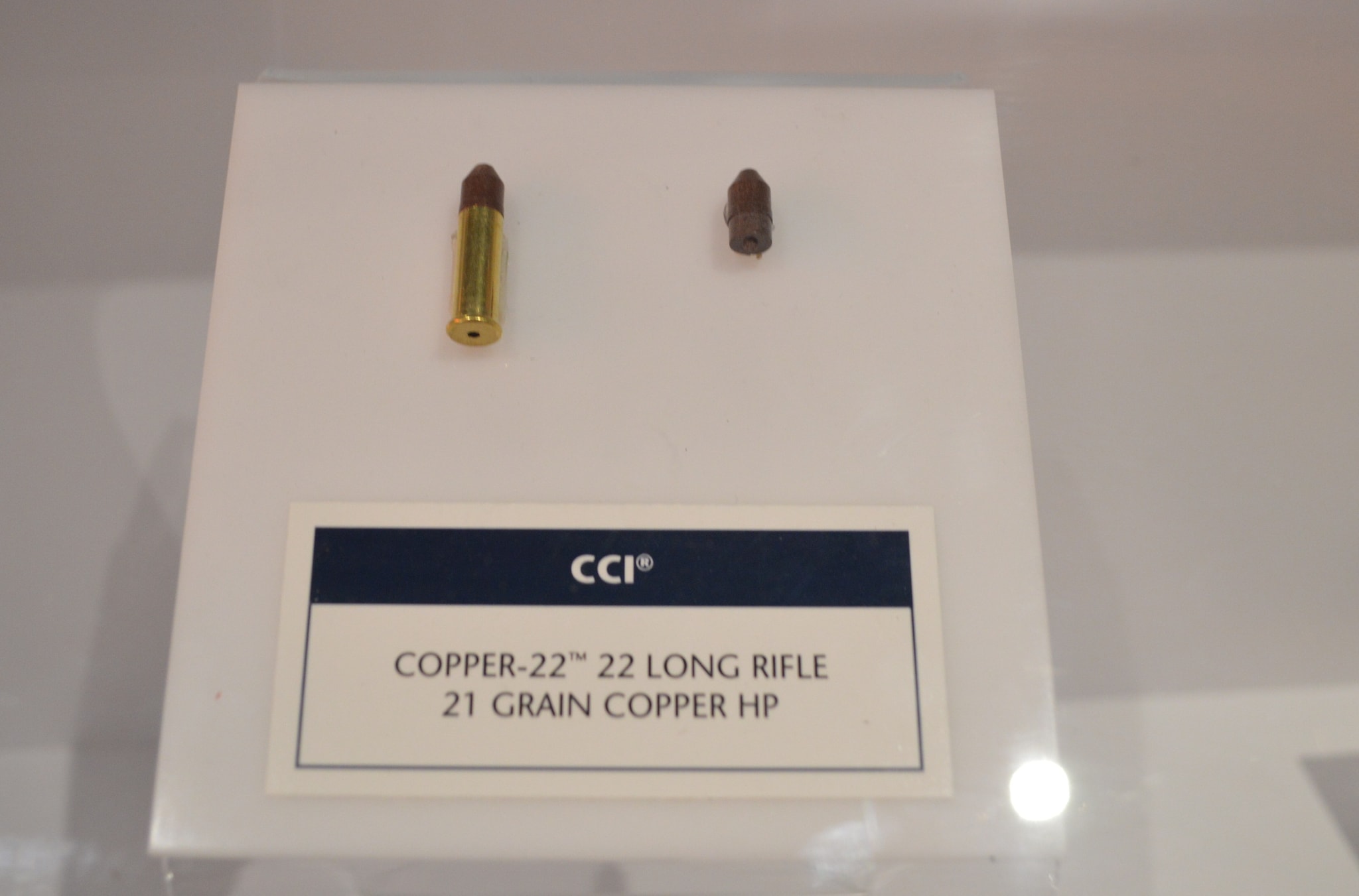 CCI Ammunition, an offshoot of Federal brands, debuted a new, non-lead, California-legal, target shooting and varmint/pest hunting load. The new .22 long rifle ammo is constructed of a proprietary mix of copper and polymer compressed into a 21-grain hollow-point bullet.

The Copper-22 ammo is slated to achieve a muzzle velocity of 1,850 fps. Though it’s difficult to get onboard with anything created to satisfy California, more .22 ammo on the market is never a bad thing, and time will tell how the new round performs in terms of accuracy and stopping power. MSRP on the CCI Copper-22 loads will be around $10 per 50-round sleeve.