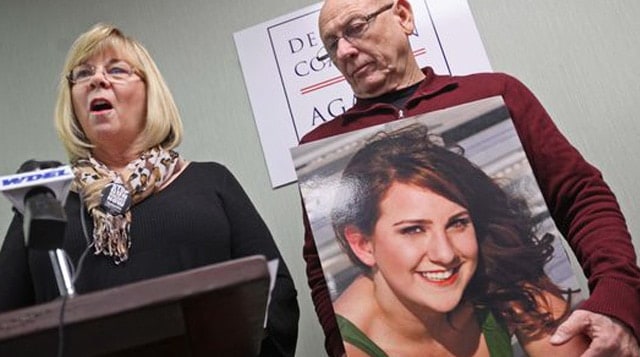 A federal judge cited the PLCAA in his dismissal of a case brought by Sandy and Lonnie Phillips against retailers that sold a gunman items he’d later use to kill the Phillips’ daughter and 11 others. (Photo: Jennifer Corbett/USAToday)

The bill introduced last week to repeal the Protection of Lawful Commerce in Arms Act has been fleshed out with text.

The Equal Access to Justice for Victims of Gun Violence Act, or H.R. 4399, was introduced in the House on Feb. 1 by Rep. Adam Schiff (D-Cali.) to repeal the decade old law that shields gun makers and dealers from litigation if an individual uses their products to intentionally harm another person.

“There is no reason to give the gun industry the right to act negligently,” he added.

According to the bill’s language, the measure would allow gun violence victims to seek civil remedies by bringing suits based on “statutes and common law theories of liability” in state and federal court.

PLCAA greatly limits the type of civil lawsuits that could be brought against gun companies, but it still permits lawsuits in civil cases that involve defective products, fraud, negligence, or violations of federal regulations.

The law made headlines last year when a judge cited it in an order to dismiss a case against the retailers that sold products to the gunman responsible for killing 12 and injuring 70 in a movie theater in Aurora, Colorado, in July 2012.

Plaintiffs in the case argued the businesses should have had a stricter vetting policy before selling ammo, tear gas and body armor to the buyer, who had a documented history of mental illness. The order resulted in the plaintiffs, parents of one of the 12 killed, having to pay $200,000 of the defendants’ court costs.

Also, the bill would allow plaintiffs to use information from the Firearms Trace System database as evidence to support a lawsuit. The system, maintained by the Bureau of Alcohol, Tobacco, Firearms and Explosives, contains information that shows how often a dealer sells guns that end up seized in crimes but, per federal law, is off limits to the public.

However, trace data that is available shows the number of crime guns recovered by authorities by state. The ATF updates that information annually.

The bill has 39 co-sponsors, all Democrats, and has been assigned to the House Judiciary committee. Schiff originally introduced the bill in January 2013, but it died in Congress.