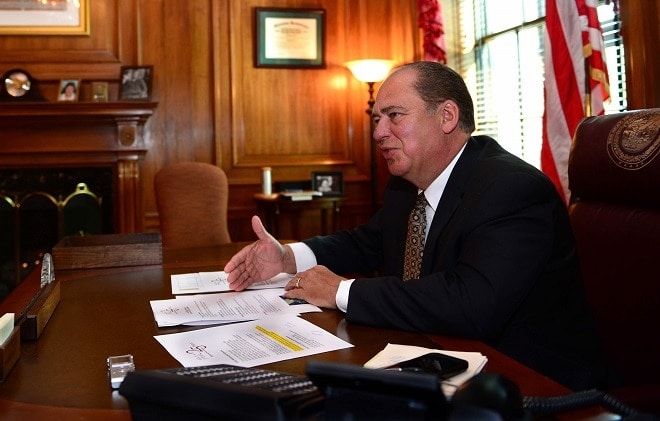 Despite promises from Gov. Tomblin to repeat his veto from last year on similar legislation, a bill to bring permitless concealed carry to West Virginia passed by huge margins Monday.

The win for the proposal, by a 68-31 vote, was largely along party lines but insures a veto-proof majority should Tomblin attempt to scuttle this session’s move to add the state to seven others that allow constitutional carry.

Sponsors argue scrapping mandates and fees currently in place for concealed carry permits is a return to the core of the right to keep and bear arms.

The proposal now headed to the Senate, House Bill 4145, will allow those 21 and older who are legally able to possess a firearm under state and federal law to carry one concealed in the state without first having to obtain a permit. Current law mandates an application, background check, proof of training and a $100 fee split between the county sheriff and state police.

Further, those between the ages of 18-21 would be able to apply for a permit, which current law prohibits. This was a key point for its lead sponsor, Del. Saira Blair, R-Berkeley County, who at age 19 is the youngest lawmaker in the House.

Not all think that more guns in more places are a good idea.

Gun control advocates, who pressured Tomblin to drop veto ink last year over concerns for law enforcement, stand behind a study conducted last month paid for by the Everytown for Gun Safety Action Fund which found 84 percent of those polled support requiring safety training and a permit to carry a concealed handgun in the state.

“Today’s vote is completely out of step with the 84 percent of West Virginians who oppose tearing down our state’s permitting standards,” said Diane Pendleton with Moms Demand Action in a statement emailed to Guns.com. “It’s common sense to require people who want to carry hidden, loaded firearms in public to pass a background check, know how to safety handle a gun and get a permit.”

The measure is now in the hands of the West Virginia Senate who, like the House, has a Republican majority and Senate President Sen. Bill Cole, who is running as a GOP candidate for Tomblin’s job, is a supporter.

With a simple majority needed to mount a veto override attempt, allowing enough time for such an override in the legislative calendar is key to the effort. Lawmakers ran out of time last session to push an override through, sustaining Tomblin’s veto by default. The current session does not adjourn until mid-March.

The governor made no mistake of his dislike of the legislation, taking to social media Monday just moments before the House vote on the measure, to repeat his promise to veto.

“I will veto any concealed carry bill that does not take into consideration the concerns of law enforcement for the safety of our officers,” Tomblin tweeted.

I will veto any concealed carry bill that does not take into consideration the concerns of law enforcement for the safety of our officers.