Hot new grips from Pachmayr for 2016

The company known for its innovation in replacement and aftermarket grips is expanding their line with some impressive new items debuted at SHOT Show 2016. Pachmayr introduced laminate and G10 handles for revolvers and pistols.

Pachmayr’s Renegade wood laminate revolver grips will be released in late February-early March 2016. They’re available in either Rosewood or Charcoal Silvertone with each color option coming in either checkered or smooth. The initial run will fit Smith & Wesson wheel guns in J, K, L and N frames with a suggested retail price of $44.98. 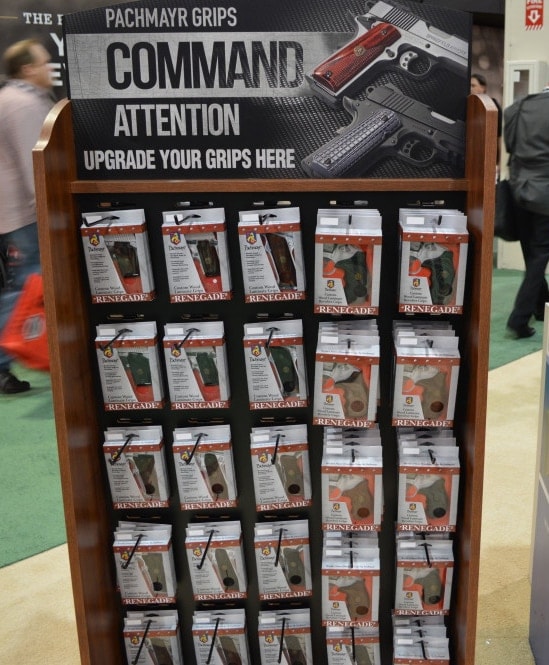 Retail will be $29.98 regardless of options and should release at the same time as the revolver version.

The multi-layered laminate G10 construction allows the use of different colors, creating intriguing patterns as the grips are machined. Pachmayr’s G-10 Tactical Pistol Grips will be available in two textures, a more coarse Grappler pattern or a fine checkered version. An initial run of two color patterns–green/black and grey/black—have been shown, though we expect more additions down the line.

The G10’s are slated to fit the same weapons as the Renegade Handgun lineup. MSRP is set to be $44.98 and they are slated to hit the market sometime in March-April.

We got our hands on these new grips at SHOT, and appreciated the quality and feel of the grips, especially the Renegade Reveolver line. Stay tuned to Guns.com for a more in-depth review in the near future as the release date nears.