Supporters pay respects as LeVoy Finicum is laid to rest

The public funeral for LaVoy Finicum has ended. Men and women on horseback are waiting for the hearse. pic.twitter.com/oM2WULnobt 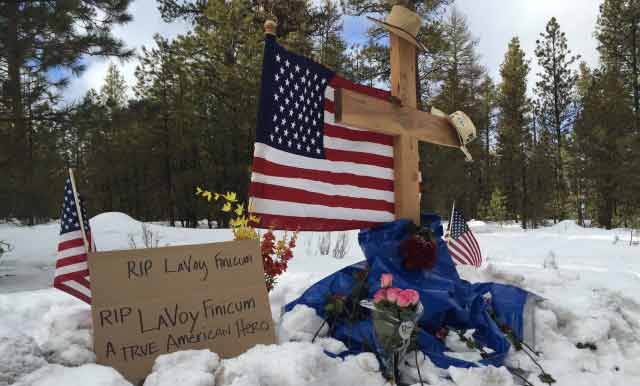 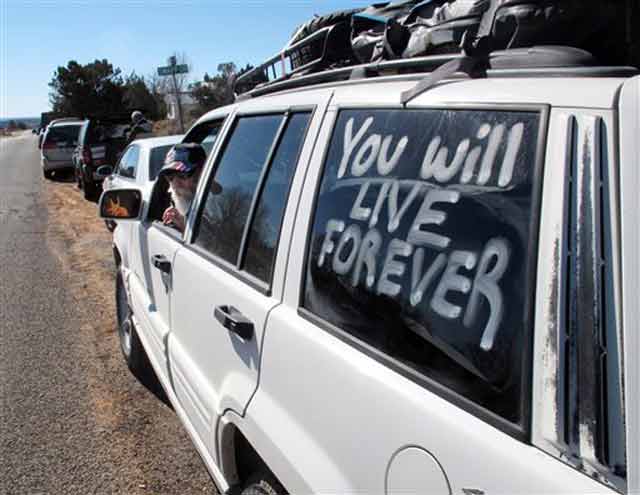 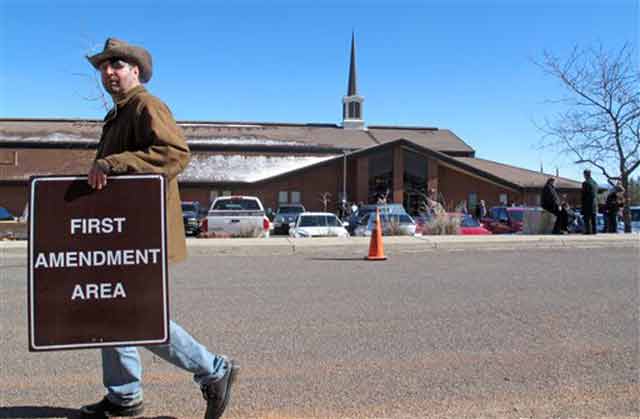 Robert LaVoy Finicum hailed as a hero by hundreds during Utah funeral https://t.co/iOHAnavznT via @MailOnline pic.twitter.com/o7MfnsPql8

More than a thousand mourners poured into Kanab, Utah, for the funeral of Robert "LaVoy" Finicum https://t.co/VepXPu0KkG

LeVoy Finicum, who was part of the protest at a Burns, Oregon, wildlife refuge and was shot and killed by authorities last month, was laid to rest Friday in the tiny Utah town where we was born.

Mourners lined the streets, a great number of them on horseback, to pay their final respects to the 54-year-old rancher who, according to those close to him, valued God, his family and his country above all else.

Finicum, who was killed the day before his birthday, was buried in a wooden coffin built by his own family, with an American flag draped across his chest. He leaves behind a wife, 11 kids and 19 grandchildren, with another three on the way.

According to Finicum’s obituary, he was active with his church and participated in a number of missions. For nearly 20 years, Finicum was a foster dad to more than 50 boys, whom he would care for on his ranch while teaching them to ride horses and care for animals.

“He believed that the Constitution of the United States was inspired by God and he was willing to, and did, die while defending our freedoms stated within,” the obituary stated.