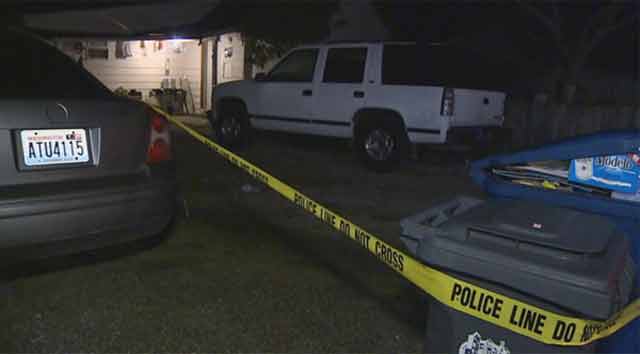 The intended target, who was standing outside of his house, warned the suspect not to come any closer, but the suspect did not heed his warning. (Photo: KOCO)

An attempted robbery late Saturday night in Mount Vernon, Washington, was thwarted by the would-be victim who was carrying a handgun and fatally shot the suspect.

KOMO News reported that the victim recently installed a new wireless internet signal booster and around 11 p.m. walked outside, in front of his home, to test the device.

While standing near the street with his laptop, the man noticed a black Chevy Cavalier with three people inside slowly drive past. The vehicle then circled the block and drove by slowly for a second time, before stopping at the end of the block past the man’s home. At that point, one of the occupants, armed with what the victim believed was a shotgun, exited the vehicle and came walking toward the man, who, in turn, yelled at the suspect to stay away.

At some point, the two suspects returned to the area and found their wounded accomplice less than a mile from where the attempted robbery occurred, collected him and took him to a nearby house.

About 10 minutes after responding to the attempted robbery and subsequent shooting, police received a second emergency call about a man who had been shot. Upon arriving at the residence, they discovered a 22-year-old man suffering from a single gunshot wound to the chest. He was transported to an area hospital, where he later died, and was determined to be the same individual responsible for the attempted robbery earlier that night. His name has not been released.

On the scene of the attempted robbery, authorities recovered a shotgun, which was believed to be carried by the 22-year-old suspect. Police also recovered a second shotgun at the suspect’s home.

Police located the two remaining suspects, identified only as 27-year-old and 18-year old males, who matched descriptions given by eyewitnesses. The older of the two was arrested and charged with unlawful possession of a firearm. It is unclear whether the younger was arrested.

Authorities confirmed the would-be victim, who is said to be cooperating with investigators, is a legal gun owner with a concealed pistol license. At this point, authorities say the shooting appears to be a case of self-defense, but ultimately the county prosecutor will make that determination.