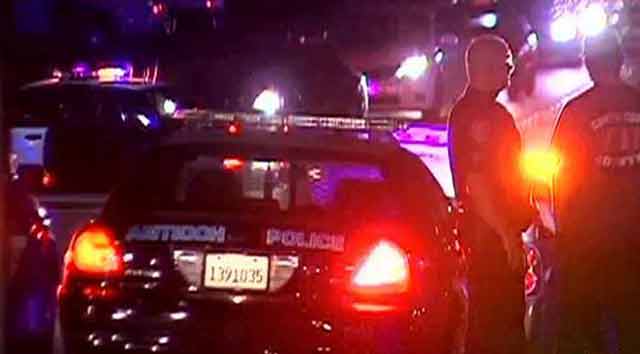 Leo Lopez was arrested presumably because he shot at the suspect as he fled in the stolen van. (Photo: KPIX)

A man who shot and killed a suspect who stole his car in Antioch, California, Friday night was arrested on suspicion of murder, but the district attorney refuses to file charges.

Leo Lopez, 37, was sitting in his van in a Rite Aid pharmacy parking lot, using his cell phone around 8:30 p.m. when he was approached by the suspect, who was armed with a gun. The suspect, who was later identified as Richard Pareno, 27, of Pittsburg, pointed his gun at Lopez and attempted to rob him. However, Lopez, in an apparent effort to avoid the confrontation, got out of the vehicle, according to reports from a local CBS affiliate.

Pareno, in turn, drove the van away, but as the suspect was fleeing, Lopez fired several rounds into the vehicle. A short time later police received a phone call from a nearby resident who said a van crashed into a parked car outside. The van’s driver was still in the front yard, the caller said.

When officers arrived on the scene, they found Pareno, suffering from multiple gunshot wounds. Efforts to save him failed and he was pronounced dead at the scene.

Lopez was subsequently arrested, but according to reports from Contra Costa Times, the district attorney declined to file charges against Lopez. Citing an ongoing investigation, no additional details were provided, except for the fact that authorities discovered a second suspect’s involvement in the carjacking and that man will, in fact, face charges.

Timothy Jones, 26, is accused of being Pareno’s accomplice, was arrested and charged with carjacking, attempted robbery and conspiracy.

Court records indicate Pareno had a criminal history, which included prior robbery and burglary charges, as well as firearm-relates offenses.