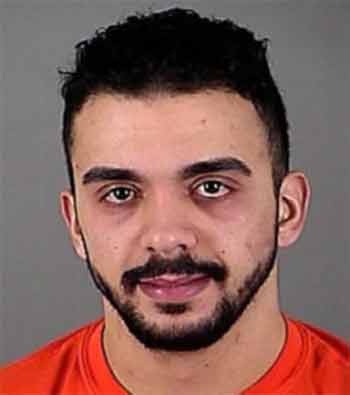 A man who is accusing of planning an attack on a Milwaukee Masonic temple and found to be in possession of two machine guns, pleaded not guilty in federal court Tuesday.

Samy Mohamed Hamzeh, 23, who was the subject of an investigation that started in September 2015, was arrested last month after purchasing two machine guns and a silencer from undercover FBI agents.

While Hamzeh originally planned to travel to Jordan to carry out an attack, he later opted for an attack on U.S. soil instead. He aimed for an attack with such magnitude that he would be “known the world over.” Hamzeh also hoped that his actions would “ignite” similar attacks.

It’s unclear at this point whether U.S. Attorney Paul Kanter is considering additional charges against Hamzeh, but noted there are hundreds of hours of recorded conversations that need to be reviewed. Such an undertaking will require more time, Kanter said.

Meanwhile, Hamzeh is being held without bond.