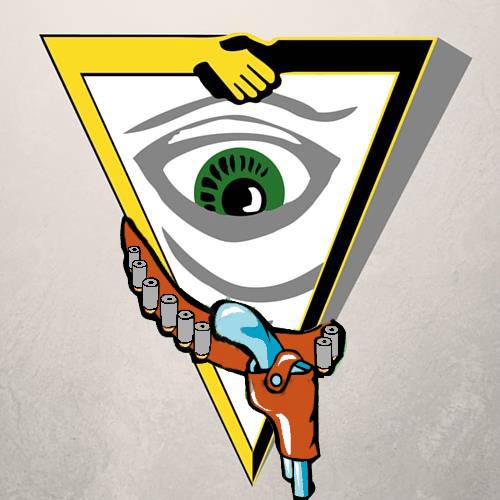 In honor of the kick off of open carry in Texas, an independent book seller in Austin is offering 10 percent off all purchases– for those legally open carrying a handgun.

Brave New Books at 1904 Guadalupe street–just a few blocks from the University of Texas Austin campus– advises they are the only “Open Carry friendly” in the Lone Star State’s capital city. Recently named one of the city’s “Coziest Bookstores” by Pulsr.com who describes the store “as Austin’s most cutting edge retailer,” Brave New Books has been in operation for a decade.

In commenting on the new policy first debuted on their social media account on Jan. 20th, the store simply asked that open carriers “Be sure to recognize the four firearms rules while at Brave,” as they unveiled a modified version of their store logo, seen right, with the addition of a holstered wheelgun.

“We appreciate it when people take security and defense in to their own hands. In a world where mass shootings are happening more and more, when seconds count, it’s up to We The People to protect our community,” said Brave New Books general manager John Bush in a statement.