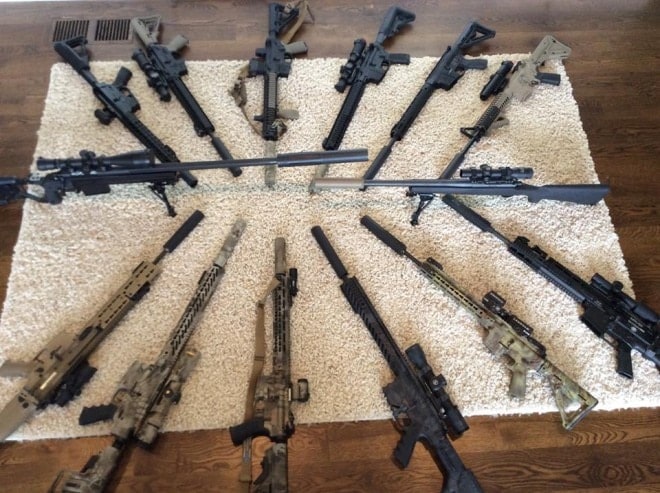 There are now lawmakers from more than half the states in the union backing a proposal to do away with National Firearms Act requirements for suppressors. (Photo: Gemtech)

A bipartisan bill in the U.S. House that would remove firearm suppressors from National Firearms Act regulation after 82 years has picked up a number of new supporters.

Introduced last October by U.S. Rep. Matt Salmon, R-Ariz., with 10 co-sponsors, the Hearing Protection Act of 2015 last week picked up its 50th lawmaker to sign on in support. This gives the measure the backing of representatives from 29 states including one Democrat, Rep. Peter DeFazio of Oregon.

Further, the HPA has been among the top 10 most-viewed bills on Congress.gov almost every week since it was introduced.

This has industry groups excited.

“Throughout the endless onslaught of anti-gun proposals and executive orders, the Hearing Protection Act has been one of the few shining lights for the sportsmen’s community,” American Suppressor Association President Knox Williams told Guns.com on Thursday. “We should be afforded every opportunity to make our favorite pastimes safer. The HPA does just that, by helping hunters and recreational shooters protect their hearing while in the field or at the range.”

Under the guidelines of the proposal, gone would be the NFA requirements and $200 tax stamps for the devices. Instead, federal law would treat them as firearms which would allow suppressors to transfer through regular federal firearms license holders to anyone not prohibited from possessing them under state and federal law after the buyer passes an FBI instant background check.

Williams, whose group has set up a legislative contact site to help channel grassroots support for the bill, has seen a massive outpouring connected to the effort.

“Tens of thousands of sportsmen and women have sent letters to their legislators, asking them to support the HPA,” said Williams. “While impressive, this is just the tip of the iceberg. In order to get this legislation passed, we need hundreds of thousands of people to do the same.”

The HPA has been referred to the House Judiciary Subcommittee on Crime, Terrorism, Homeland Security and Investigations for hearings while a companion Senate bill was introduced in that chamber by Sen. Mike Crapo, R-ID.