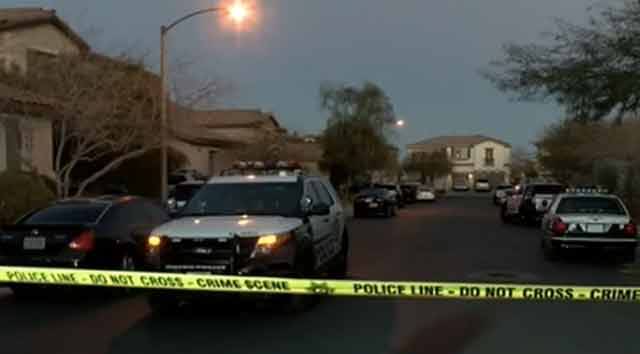 At least one neighbor said it wasn’t the first time police were called to the home. (Photo: NBC)

A dispute between a father and son at a Las Vegas home Friday afternoon turned tragic, leaving the son dead and the father recovering from multiple stab wounds inflicted by his own son.

According to reports from the Las Vegas Review Journal there were five other family members, including a juvenile, at the home when the fight broke out just before 4 p.m. Some of those family members witnessed the deadly confrontation.

At some point, the altercation escalated and the son, later identified as 22-year-old Devry Moore, grabbed a 12-inch hunting knife and stabbed his 40-year-old father four times in the back and chest. The father, who was carrying a handgun, shot Moore at least once. Another family member called 911, but first responders pronounced Moore dead at the scene.

The father, who has not been publicly identified, was severely injured and transported to a local hospital where he was last listed in stable condition.

Authorities did not say what prompted the fight, but were working to determine whether there were alcohol, drugs or other contributing factors. 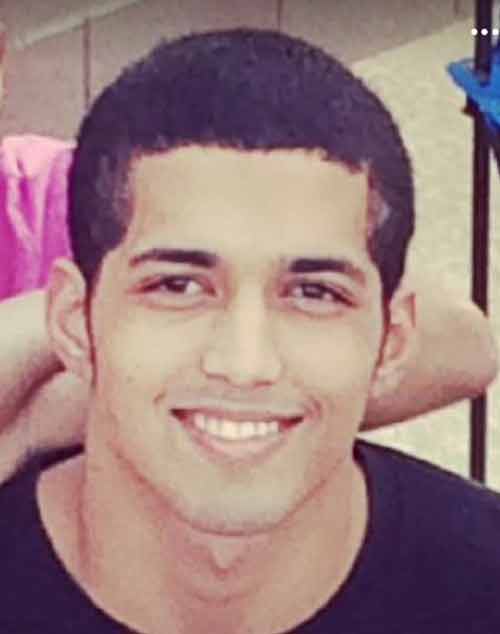 Devry Moore was said to be the second oldest of 13 kids. (Photo: Facebook)

Nearby neighbor Ven Chi told reporters it was shocking to hear about the tragedy in the neighborhood he said was normally quiet and peaceful. Others described the family as warm and loving.

But Chi also said police were called to the home in the past. He said he is unsure if it was Moore or his father who was involved in the latest incident, which occurred a few months back, but police were called and the man approached the responding officers outside.

“I noticed that the Metro officers kind of backed up and told him, ‘Stay where you are,’ and it looked like he was preparing to pull his weapon,” Chi recalled.

However, authorities did not discuss any prior calls to the home.

Although the incident remains under investigation, no charges have been filed against the father at this time.