Would-be robber gets owned by victims 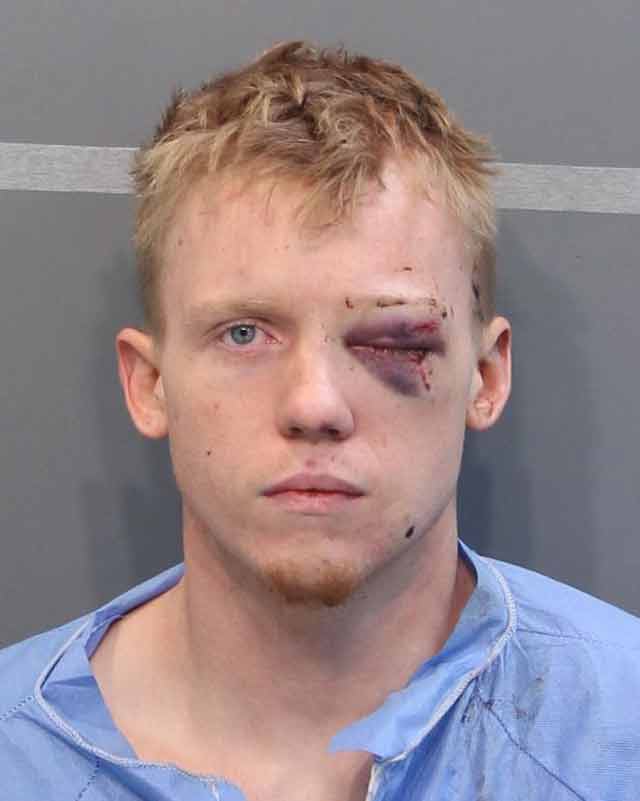 Three robbers broke into a Chattanooga home this week, but one didn’t make it out unscathed. In fact, he was beaten black and blue by his victims.

Brandon Bettis, 25, and two accomplices broke into the home in the early morning hours, but while inside, they awakened the two occupants, 47-year-old James Shrum and 25-year-old Hillary Schooley.

Schooley and Shrum were apparently threatened by Bettis, who was armed with a stun gun, while the remaining two suspects gathered valuables from the home. But the duo was able to disarm Bettis, who subsequently starting running.

Meanwhile, the remaining two suspects took off in an SUV, leaving Bettis behind, who was chased down and detained by Schooley and Shrum. At some point while being detained, Bettis either fell and hit his face, or was beat up by the victims. Authorities did not indicate which.

Bettis was transported to the hospital to receive treatment for his injuries and is now behind bars facing a slew of charges.