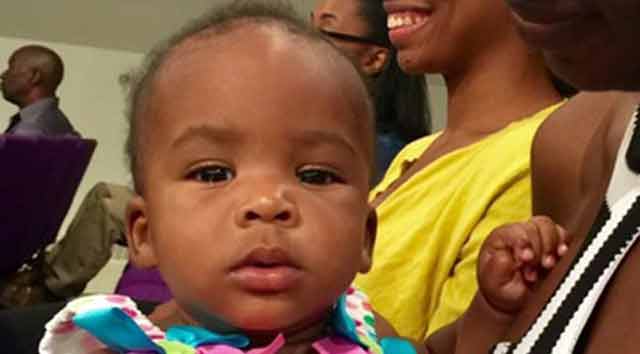 A California family is devastated after a shooting at their Compton home Tuesday night claimed the life of a 1-year-old girl, and now authorities are offering a reward to the tune of $25,000 for information that leads to the arrest and conviction of those responsible.

The incident occurred around 7 p.m. as the girl’s mother, Blanche Wandick, was getting ready to make a bottle for her baby, Autumn, who was standing in a crib next to her.

Witnesses say one of the suspects walked up to the home, which is a garage that has been converted to an apartment, and shot through the door, the Los Angeles Times reported. Several witnesses told authorities they heard 10 to 12 shots being fired before seeing the suspect and an accomplice fleeing in a blue Chevy Impala.

Moments after the gunshots rang out, the little girl’s parents realized she had been shot right above her eye. The father, who according to the Los Angeles County Sheriff’s Department is a known gang member, scooped up the injured girl and ran outside seeking help. He soon met with sheriff’s deputies, who rushed the girl to a nearby hospital in a patrol car, but when they arrived, Autumn was pronounced dead.

“My innocent baby got shot for nothing. She was sitting – just standing in her crib – and out of nowhere, gunshots,” Wandick said the day after the shooting. “That’s all. That’s all I can say. That’s it,” the visibly distraught mother added.

Authorities say they believe the shooting may be gang-related, and Autumn’s father, Darrell Johnson, the possible target.

Law enforcement officials are pleading with witnesses and others who may have any information to come forward.

“We’ll take whatever we can get,” said Det. Todd Anderson.