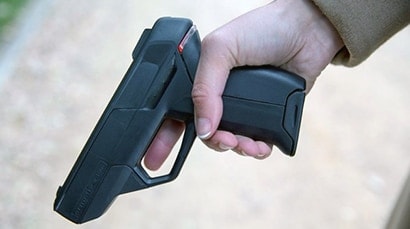 The New Jersey Senate passed a measure rolling back the state’s strict mandate on smart guns, a lawmaker told Guns.com shortly after the session Thursday.

The bill, on its way to the state assembly, rolls back a mandate requiring all the guns sold by New Jersey dealers be smart guns, or personalized guns, meaning those that can only be fired by an authorized shooter.

Weinberg is confident the governor won’t veto the bill once he’s read it because it softens the state’s smart gun mandate and protects shop owners who may want to carry the technology but would otherwise be reluctant to do so because of political pressure.

“If the governor vetoes this, he is saying, in essence, he is for keeping a more stringent law on the books,” Weinberg said. “It is as simple as that.”

The Oak Tree Gun Club in Los Angeles was the first dealer to plan on distributing a German-made smart pistol, but quickly reversed course after receiving blowback and subsequently denying knowledge of the .22-caliber handgun, despite images surfacing with the product at that location. It was pressure from gun rights advocates and, some argue, gun manufacturers that forced the business to recoil.

A Maryland dealer similarly succumbed to pressure after announcing he had plans to carry the same pistol, but unlike Oak Tree was open to talking about the protests and death threats he received as a result.

Armatix developed the handgun, called the iP1, which uses radio frequency chips emitters in the pistol grip and in a watch worn by the shooter. When a certain distance is put between the two, the gun cannot be fired.

New Jersey’s attorney general in November 2014 determined the iP1 was not a personalized handgun under state law and therefore did not trigger the smart gun mandate Weinberg’s 2002 bill put into place.

The senior state senator, who saw the gun industry and its political representatives as a barrier to bringing smart guns to market, offered gun rights advocates a compromise.

“I said that if I could get a commitment from the NRA and others to stand up and say that as an organization they would not stand in the way of the research, the development, the sale of smart gun technology, I would work to get the mandate repealed,” Weinberg said. “Given the absolute silence I’ve gotten from them, this bill is a very good compromise.”

Weinberg may not have received a response to her challenge, but spokespeople for the National Shooting Sports Foundation and the National Rifle Association, who both opposed Weinberg’s 2002 mandate, told Guns.com previously they would not stand in the way of smart gun technology as long as it was market driven.

President Obama last month issued several executive actions aimed at reducing the effects of gun violence.  He directed the departments of Defense, Justice and Homeland Security to “conduct or sponsor research into gun safety technology that would reduce the frequency of accidental discharge or unauthorized use of firearms, and improve the tracing of lost or stolen guns.”

“This is something we’ve been lobbying the White House on for quite some time,” Weinberg said. “I can’t take credit for it, but I’m happy to.”

It’s unclear if and when any results will come of the president’s actions but he did include funding for gun violence prevention in his final budget submitted to Congress on Tuesday.

Armatix and other smart gun tech companies will convene in San Francisco on Feb. 23 at the Smart Gun Symposium, which will have a focus on bringing the technology to market, organizer Ralph Fascitelli told Guns.com.

The event will include panel discussions between investors, innovators and, of course gun manufacturers. Ernst Mauch, who spent nearly 30 years at German gunmaker Heckler & Koch and reportedly designed the gun that killed Osama bin Laden, will make an appearance at the event. Mauch left Armatix last year, after becoming somewhat of a pariah in the gun rights community for his smart gun and reportedly lead the company to a more than 14 million euro loss since 2011.

Law enforcement has been watching smart guns closely and is reluctant to adopt the technology until it becomes more proven. Despite the iP1’s failure to catch on thus far, proponents are confident it and other smart tech products will be incorporated into the firearms industry.

Fascitelli, board president of Washington Ceasefire, said it’s because of the president’s actions that smart gun technology will flourish.

“The question no longer is if smart guns but when,” Fascitelli wrote in an email. “This is about (determining) the best direct route. RFID or biometric. And which beachhead. Law enforcement or consumer.”