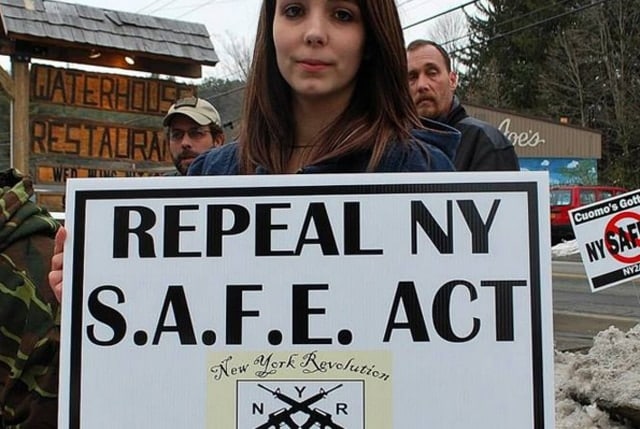 A former New York state senate candidate who ran on a pro-gun platform was arrested in Niagara Falls on gun charges.

Gia Arnold, 26, and her boyfriend, Halim Johnson, 18, were arrested Thursday night after police found an AR-15, a handgun, a KBAR combat knife, and a black ski mask inside her vehicle, local media reported.

Spokesmen with the Niagara Falls Police Department told reporters that officers with the department’s Roving Anti-Crime Unite stopped the car around 10:30 p.m. after seeing it fail to use a turn signal at an intersection.

As officers conducted a records check, they noticed a loaded handgun magazine sitting on the passenger seat. They asked Arnold to step out of the vehicle, but before she did, she tried to hide a rifle wedged between her seat and the door jam by covering it with a coat, the spokesman said. Officers immediately put her in handcuffs. 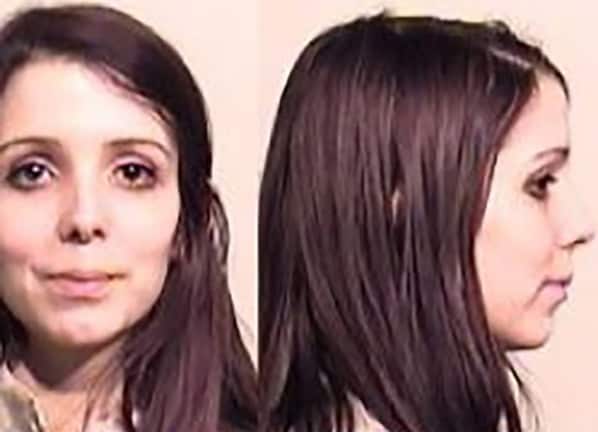 Mugshot of Gia Arnold from her arrest on Feb. 10 in Niagara, New York.

The rifle was non-compliant with New York’s Secure Ammunition and Firearms Enforcement Act, a law Arnold staunchly opposed as a candidate for the Republican primary slot in 2014’s state senate race.

The SAFE Act was passed in 2013 by state lawmakers in the wake of the mass shooting at Sandy Hook Elementary School in neighboring Connecticut. The measure contained provisions stricter than the federal standard including a broad assault weapons ban and limiting magazine capacity.

When she launched her campaign in March 2014, she had did so with the endorsement state gun groups and the Libertarian Party. She campaigned on repealing the SAFE Act and expanding a pro-gun agenda in the state with endeavors like gun safety education in schools and local communities.

Her campaign ended briefly in August 2014 after she admitted to having an extramarital affair, but she continued to receive public support despite the affair and relaunched her campaign. She lost the primary race a month later.

Following news of Wednesday’s arrest, supporters speculate Arnold and her boyfriend were victims of “the NYS (UN)Safe Act and racial profiling” and launched a legal defense fund to help her fight the charges.