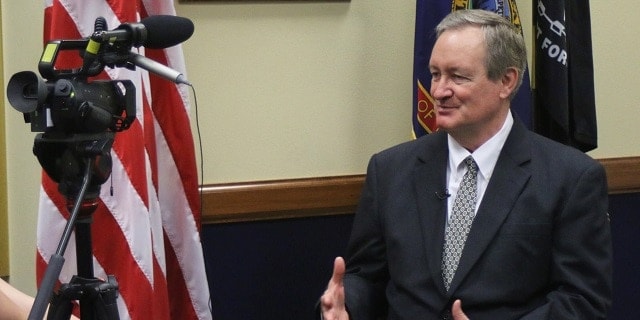 Crapo, a Republican from Idaho – a state recently named by Wallethub to be the most dependent in the nation on the firearms industry — filed Senate Bill 2495 to prevent the Social Security Administration from using determinations about “the management and payment of an individual’s benefits,” his office said in a statement.

“It is inappropriate for the Social Security Administration to make determinations about an individual’s ability to buy or possess a firearm. This bill would protest the rights of Social Security beneficiaries from having their Constitutional rights arbitrarily revoked,” Crapo said.

The measure was filed in response to a 2013 memorandum issued by President Obama that directed federal agencies, such as the SSA, to collect information on “individuals who may be determined to be what (the National Instant Criminal Background Check System) refers to as ‘mentally deficient’” and submit it to NICS.

The release says that an individual will be determined to be mentally deficient if “a court, board or other lawful authority” finds that the person “is a danger to themselves or others, or is unable to contract or manage their own affairs.”

In January, Obama issued several executive orders, including one that directed the SSA to move forward with rules that would require the reporting of certain benefit-receiving individuals to NICS, which would prohibit them from owning firearms.

According to the White House fact sheet about the executive orders, the information the SSA will be required to provide will cover the records of about 75,000 people who are each year documented to have a mental health issue, receive benefits for a disability and aren’t able to manage their benefits due to their disability or who were found by state or federal court to be “legally incompetent.”

The Los Angeles Times reported last year that the Veteran’s Administration had used a similar process since the creation of the federal background check system in its denial of gun ownership to around 177,000 vets who’ve been deemed mentally incompetent.

Crapo’s said that the SSA appoints a “representative payee” for some beneficiaries who “may need assistance to manage their benefits, and as it’s not made “through a court of law,” it should not be “ a determination of a beneficiary’s mental capacity.”

A letter sent last July by 19 House Republicans to Acting-Commissioner of Social Security, Carolyn Colvin, argued the reporting policy “would stigmatize” senior citizens and the disabled, and would run against the Americans with Disabilities Act.

“Providing information on individuals who have a representative payee to the NICS is a broad overreach of authority and violates beneficiaries’ constitutional rights,” read the letter.

A companion measure – House Bill 3516 — has been introduced in the House by Texas Rep. Sam Johnson.

The Senate Bill has been referred to the Senate Judiciary Committee.