Though Thompson Center announced the release of its T/C Strike muzzleloader in the last quarter of 2015, this year’s SHOT Show was the first time we got our hands on the innovative new smoke pole. This is not your granddaddy’s black powder gun.

The .50-caliber Strike is much as its name suggests, a revolutionary new striker-fired muzzleloading rifle with a new and interesting breech system, barrel coating, and trigger.

The Adapt breech system moves threads from inside to the outside of the barrel, theoretically eliminating seized plugs and simplifying cleaning. 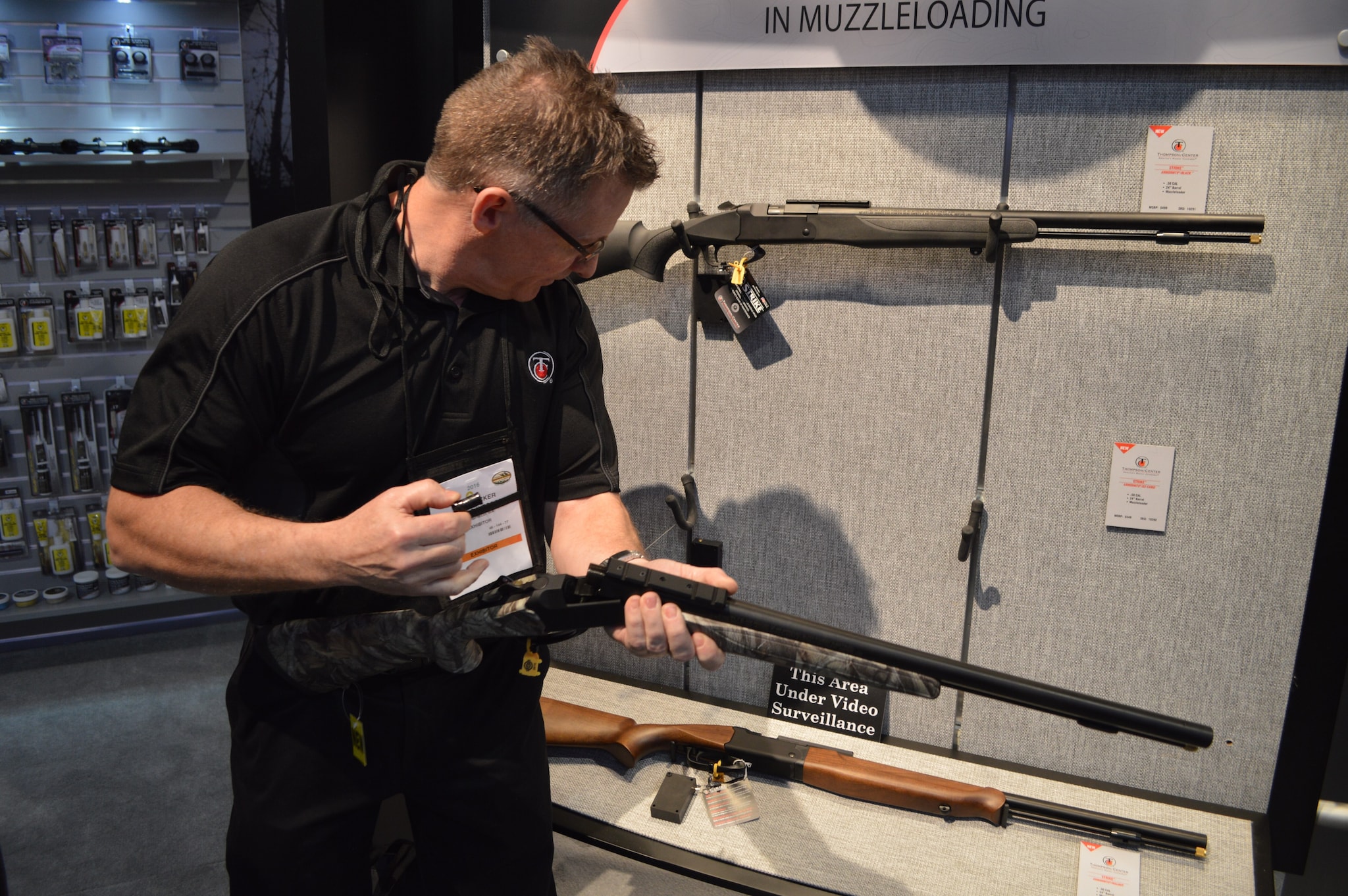 Also innovative is T/C’s Armornite nitride coating for corrosion protection both outside and inside the barrel. An ambidextrous cocking system that T/C calls Stealth Striker is marketed not only as being silent in the field, but also eliminates hammer-scope clearance issues.

The 24-inch barrel has 1-in-28-inch twist for optimal accuracy with today’s sabots and high-performance projectiles. A match-grade trigger with a noticeably lighter-than-average pull is a significant improvement in the ever-improving line of modern muzzleloaders. Adjustable fiber optic sights are standard, though a Weaver scope base is also included.

Best of all, the T/C Strike is made in the USA. The guns are available in three stock options: black synthetic, G2 Camo, and a more traditional Walnut with MSRP’s at $499, $549, and $599 respectively.

All we can say until we get some range time with the T/C Strike is this rifle looks like one for today’s modern blackpowder hunter with a real world price tag sure to be equally as attractive. Stay tuned to Guns.com for a more in-depth review.