Guns: Singer in Paris attacks said 'everybody has to have them' 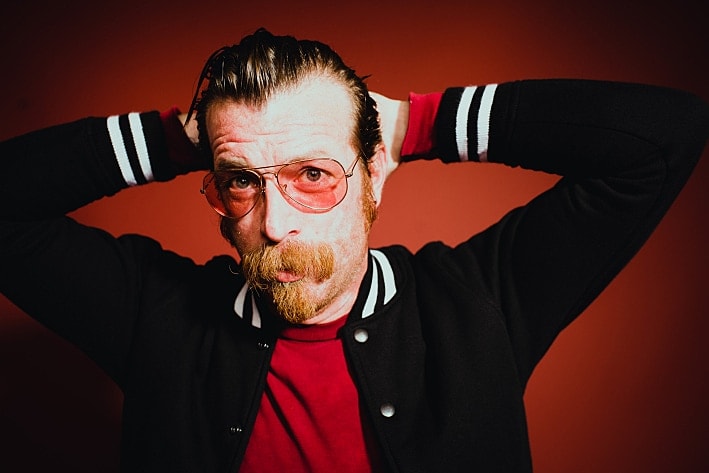 For many gun rights advocates, the terrorist attacks in Paris three months ago were proof of how weak and vulnerable a society steeped in gun control can become.

Eagles of Death Metal singer Jesse Hughes reiterated that point in an interview with French TV station iTele on Monday, looking around the room at the reporter and her crew while asking rhetorically if gun laws in France really work.

“Did your French gun control stop a single fucking person from dying at the Bataclan?” California native Jesse Hughes asked. “And if anyone can answer yes, I’d like to hear it, because I don’t think so. I think the only thing that stopped it was some of the bravest men that I’ve ever seen in my life charging head-first into the face of death with their firearms.”

Despite the country’s strict gun laws, France is still awash in illegal firearms, reportedly because it’s difficult to police its 1,795-mile border, which some 30,000 illegal guns were smuggled across in 2012. An estimated 4,000 were “war weapons,” a French publication found.

Hughes and his band were performing at the 150-year-old concert hall on Nov. 13 when three gunmen entered the venue and fired on the crowd of 1,500. A video of the concert captured the fatal rattling of gunfire.

The assault was part of a triad of coordinated attacks across the city that claimed the lives of 130 people and the wounding of 368 more.

“I know people will disagree with me, but it just seems like God made men and women, and that night guns made them equal,” said Hughes, who was crying during parts of the interview. “And I hate it that it’s that way. I think the only way that my mind has been changed is that maybe that until nobody has guns everybody has to have them.”

Hughes, who in another interview with Sweden’s TV4 on Saturday said he only just barely escaped harm himself after witnessing several of the 89 tragic deaths committed that night.

Soon after the shooting began, Hughes fled backstage in search of his girlfriend, Tuesday Cross.

I went back up into the backstage area to look for her and she wasn’t there, and then I opened up a hallway and when I went inside the hallway there was a dude at the end of it holding a gun,” Hughes said.

The gunman then fired on Hughes, who was certain he’d be hit, but managed to escape and locate Tuesday, he said.

It’s unknown why the group chose the Bataclan or if they targeted it because the Eagles of Death Metal were performing there, though some analysis points to a fundamental misunderstanding of popular Western culture by the Islamic State, who took credit for the attacks.

Further, the band doesn’t play death metal music and isn’t overly patriotic, despite its name, which is a throwback to classic soft rock band The Eagles. To say the Eagles of Death Metal are The Eagles of death metal is to imply the band is the antithesis of the hard rock genre.

Soon after the attacks, a pastor railed against the band and their patrons, chastising concertgoers for attending a “wicked” death metal concert and for “worshipping death.”