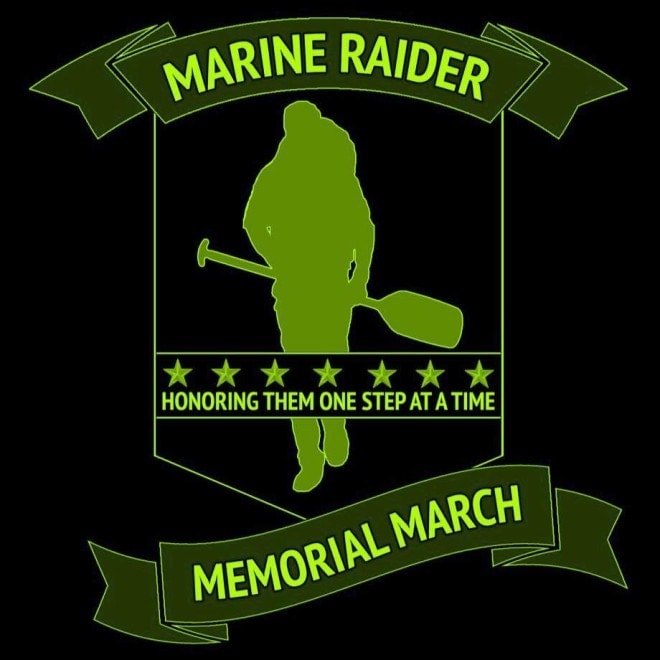 In honor of 11 Marines and National Guardsmen killed in a training accident, a volunteer team of Raiders will march from Florida to North Carolina.

On March 10, 2015, seven elite Marine Raiders of Havoc 31 (Marine Special Operations Team 8231), along with four Louisiana Army National Guard soldiers– the aircrew of Mojo 69, a UH-60 Black Hawk helicopter, were killed when their aircraft went down in a training exercise off Navarre Beach, Florida near Elglin Air Force Base.

One of the fragments to wash up among the white sands and sea oats was a paddle carried by Havoc 31, who were training with launching small boats from the Blackhawk into the sea that fateful day. The recovered paddle, wrapped in the broach line from their raiding craft and adorned with dog tags and unit crests, will be carried by foot every step of the way from the beach in Florida to the Raider’s HQ at Camp Lejeune, North Carolina, to arrive on the Anniversary of the servicemens’ loss.

The paddle will be presented to the 2nd Marine Raider Battalion Commanding Officer and be placed on display in the unit areas.

Vowing to “Honor them one step at a time” the Marine Raider Memorial March, conducted by 14 active duty Marine Raiders and Navy Corpsmen who are taking leave and carrying the paddle over 770 miles nonstop with seven two-man teams passing it in relays, day and night, until they arrive at Lejune.

Dressed in field gear, each Raider will carry a custom 35-45 pound plate in their rucksack with a tribute to the lost brothers of Mojo 69 and Havoc 31. 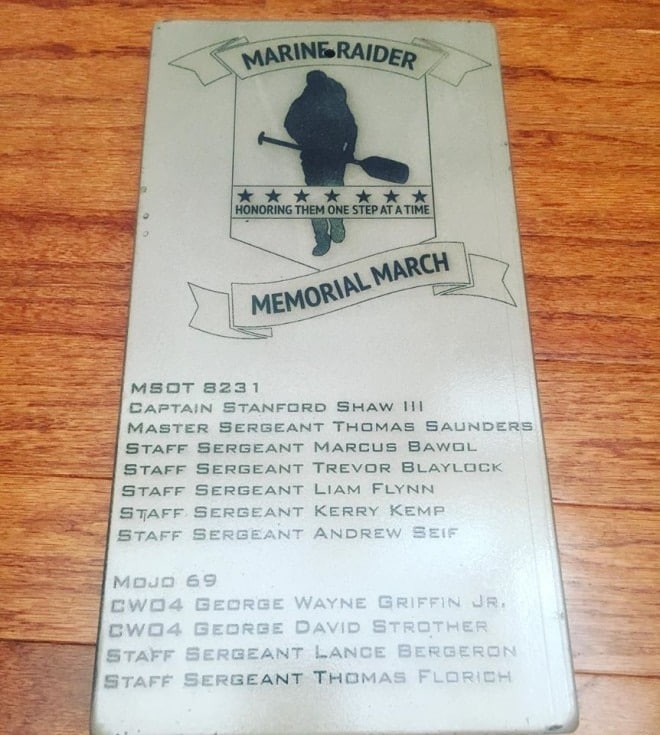 Donations received from the march will go to benefit the Brothers In Arms Foundation which vows to provide “outside the box” financial and logistical assistance to wounded, Fallen, ill and injured Special Operations Marines, Sailors and their families.