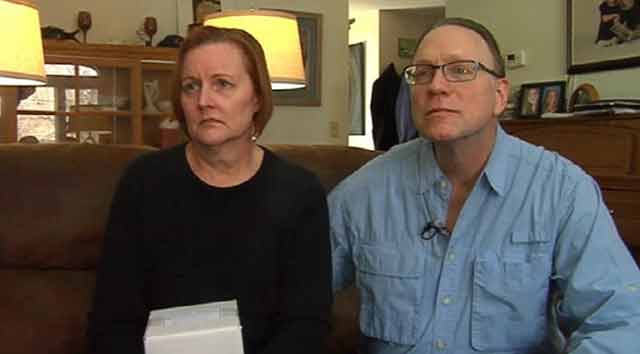 Jim and Jane Brady Nosal, whose daughter, Caroline, was fatally shot earlier this month, is pushing for Wisconsin to reinstate a 48-hour waiting period on handgun purchases. (Photo: WISC-TV)

The parents of a young lady who was fatally shot outside of a Madison, Wisconsin, grocery store earlier this month said in an interview over the weekend that their daughter’s life could have possibly been saved had the state not done away with the waiting period once required to purchase a handgun.

Caroline Nosal, 24, was killed on Feb. 2, 2016, the day after her co-worker and former friend, Christopher O’Kroley, 26, was fired from the Metro Market. Nosal was shot twice – including a point-blank shot to the temple – by O’Kroley in the parking lot of the grocery store around 8 p.m. 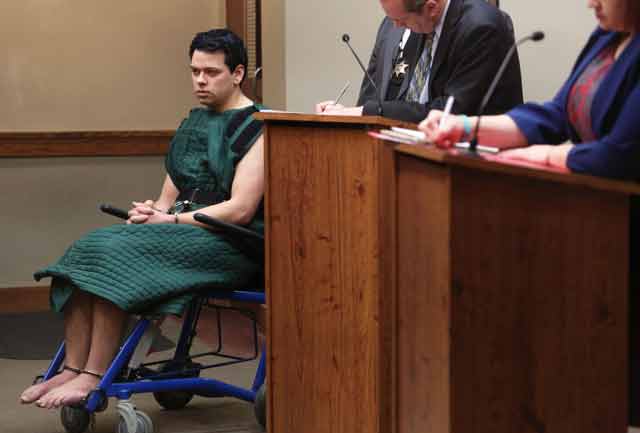 Christopher O’Kroley made his court appearance in a wheelchair and suicide prevention vest. (Photo: WISC-TV)

O’Kroley, who has a history of mental illness and previously attempted suicide, according to a report from local media, later told authorities he purchased the handgun he used to kill Nosal the day he was fired. He said he would have killed her the same day, but after the purchase realized he had never shot a gun before and wanted to practice first.

There are conflicting reports on possible motives behind Caroline’s murder. Some reports indicate O’Kroley blamed Nosal for him losing his job, which stemmed from a harassment complaint, while others point to ill feelings over a failed relationship. Authorities said during his confession, O’Kroley – a self-described sociopath – admitted he was angry with Nosal, noting she “ruined my life.”

Jim and Brady Nosal, Caroline’s parents, said the two were never romantically involved, but that their daughter had come to them at least twice previously asking their advice in dealing with O’Kroley and what she described as “constant harassment” at work. In the last conversation, Caroline mentioned another female employee who O’Kroley was bothering. Caroline apparently told her parents she feared for the girl’s safety and it was then that her parents told her to take the issue to the store’s management, which she did.

Regardless of O’Kroley’s motive, Caroline’s parents have been outspoken with their belief that their daughter’s death could have been avoided with better gun laws.

After nearly 40 years, Wisconsin’s mandatory 48-hour waiting period for purchases of handguns went by the wayside in June 2015. The waiting period was originally established before the National Instant Criminal Systems check was in place, and currently, only nine states still have waiting periods, which recent federal court cases have proven both unconstitutional and ineffective at deterring crime.

“If you say the only way she could have prevented the shooting was if she was carrying a gun, forget that because she would never carry a gun. She didn’t ever want to kill anybody,” Jim told the Wisconsin State Journal in an interview Saturday. “And if you say there should be no waiting period, then you’re saying my daughter should be dead.”

But some arguments suggest – given his level of anger and lack of remorse – O’Kroley would have simply waited as long as needed before killing Caroline, but her parents disagree. 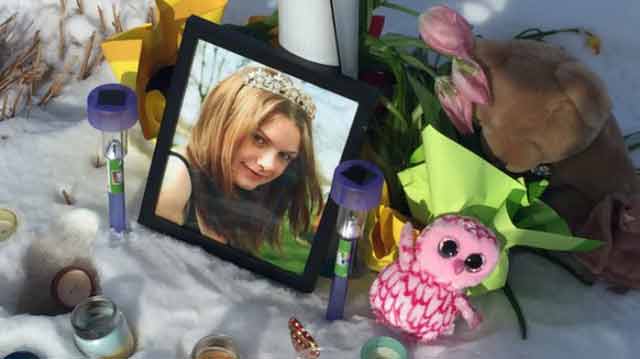 A memorial outside of the Metro Market honors Caroline Nosal. (Photo: WISC-TV)

“I would like to take the hands of anybody who says guns didn’t kill her and tell them to look into my eyes and then tell me that they were 100 percent sure that if there was a waiting period that Caroline still would have been killed,” said Jane Brady Nosal, Caroline’s mother. “There was a chance he could have been stopped. Somebody could have learned about his plot and done something to stop it. Anything could have happened.”

“This is kind of like football’s concussion problem,” he said. “It took very courageous people – a couple of them were doctors – to say it was a public health issue. Now all of a sudden people realize that football does cause brain damage. So maybe we should be looking at waiting periods the same way. People will realize that waiting periods do save lives.”

Following a brief exchange of gunfire with a police officer, O’Kroley was apprehended the day after Caroline was killed. He was charged with first-degree intentional homicide and first-degree recklessly endangering safety, and is being held on a $1 million bond.