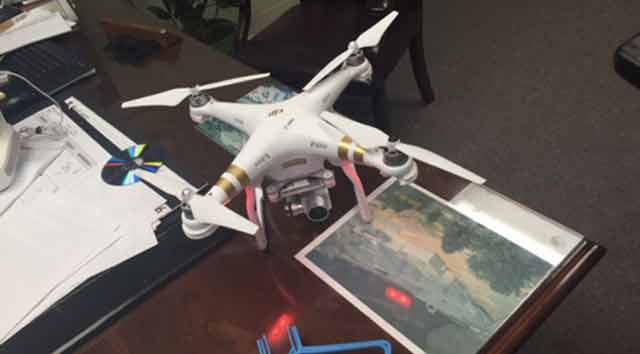 The Ouachita County Sheriff’s Office in Arkansas has implemented using drones as a means to help fight crime and keep the public safe.

“To us it’s a tool. As long as it’s used that way,” said Ouachita County Sheriff David Norwood. “To go out here and spy on the public, I don’t believe in that.”

Sheriff Norwood said the drone, which cost about $1,300, is useful in a variety of situations, but last week they tried it for the first time while executing a search warrant at the home of a known drug dealer, Wesley Dixon.

“There’s no reason to run the search warrant if he wasn’t at home,” Norwood said. “The home is located on a dead-end road. So, we flew it in to make sure that the vehicle and all was there, which it was.”

Authorities learned not only that Dixon was home, that he wasn’t alone, along with another piece of valuable information. Norwood said as the drone hovered above the property, a man walked out of the house and shot it. The gunshot caused only minor damage to the device, but gave authorities an invaluable piece of information before they made their move – that the men were armed.

“Without the drone, we may not have known there was a man there with a gun,” said Norwood.

Within minutes, authorities executed the warrant, leaving both men facing drug and other charges.

Norwood said the drone can also be used for situations like assessing forest fires and getting a better look at storm damage and finding access where trees or other debris may have blocked a road or other path.