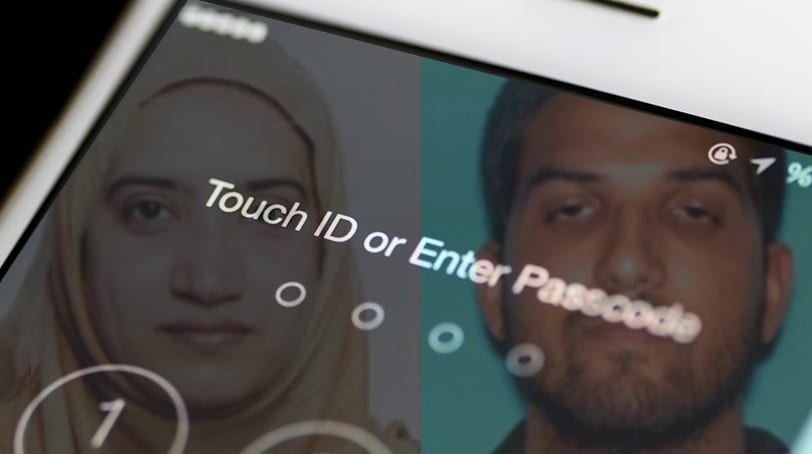 American tech titan Apple said it doesn’t plan on cooperating with federal investigators seeking to access the locked iPhone of the couple responsible for a terrorist attack in San Bernardino a few months ago.

In a statement released Tuesday, CEO Tim Cook said the Federal Bureau of Investigation asked Apple to create a new version of its mobile operating system to install a backdoor on the phone so the agency can access encrypted data.

“In the wrong hands, this software — which does not exist today — would have the potential to unlock any iPhone in someone’s physical possession,” Cook said. “The FBI may use different words to describe this tool, but make no mistake: Building a version of iOS that bypasses security in this way would undeniably create a backdoor. And while the government may argue that its use would be limited to this case, there is no way to guarantee such control.”

An order was signed Tuesday by a California judge asking Apple to disable the feature that would wipe the data off the iPhone5C used by Syed Rizwan Farook and his wife, Tashfeen Malik, after 10 incorrect attempts at password entry, the Washington Post reported.

“This would make it easier to unlock an iPhone by ‘brute force,’ trying thousands or millions of combinations with the speed of a modern computer,” Cook said.

The technique is used by hackers to essentially guess at a password until entry is successful.

Cook said that the company has complied with other aspects of the investigation but that creating a backdoor would be asking too much, likening it to a “master key, capable of opening hundreds of millions of locks — from restaurants and banks to stores and homes.”

“The government is asking Apple to hack our own users and undermine decades of security advancements that protect our customers — including tens of millions of American citizens — from sophisticated hackers and cybercriminals,” Cook said. “The same engineers who built strong encryption into the iPhone to protect our users would, ironically, be ordered to weaken those protections and make our users less safe.”

Cook said the FBI is bypassing Congress and using a 226-year-old law called the All Writs Act of 1789 to justify the breach of security attempt.

The Colonia-era law, providing federal courts “may issue all writs necessary or appropriate in aid of their respective jurisdictions and agreeable to the usages and principles of law,” was used by officials in at least two other cases in 2014 to bypass security measures on an Apple iPhone 5s and another smartphone from an unnamed manufacturer.

In October 2014, a federal judge in Oakland said that “Apple is not required to attempt to decrypt, or otherwise enable law enforcement’s attempts to access any encrypted data.”

The following month Department of Justice officials said that Apple was “marketing to criminals” and that “a child will die” as a result of its encryption methods.

The FBI has been unsuccessful in unlocking the phone, but has retrieved the data backed up to Apple’s iCloud servers, which shows the shooters were in contact with some of their victims prior to the fatal attack at a holiday party in a San Bernardino government services building early December. Farook and Malik killed 14 people and injured 22 others before fleeing and later engaging in a shootout with police before meeting their death.