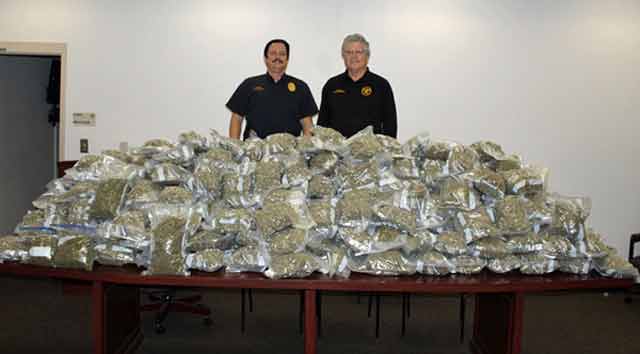 A joint operation (no pun intended) between the Douglas-Coffee Drug Unit (DCDU) and the GBI Southeastern Regional Drug Enforcement Office (SRDEO) turned up 325 pounds of marijuana Friday at two homes in Georgia, near the small town of Ambrose.

Coffee County Sheriff Doyle Wooten said an entire marijuana manufacturing operation was discovered, and the 325 pounds of pot had all been processed, was bagged up and ready to sell.

The bust, which ended with the arrest of George Darryl Harper, 59, was one of the largest in history and came after a weeks-long investigation and careful planning. Harper now faces charges for trafficking and manufacturing marijuana.

“I want to thank the officers involved in this investigation for their continued efforts and dedication in ridding the drugs and those involved in the drug trade from our community,” Wooten said.