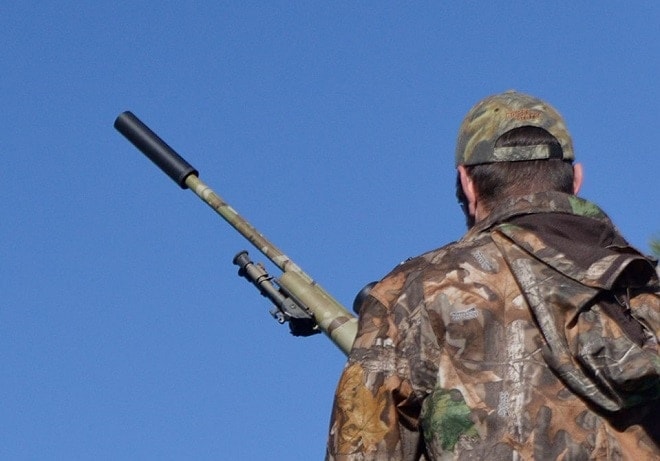 The board acted on a recommendation from conservation officials concerned over the hearing of sportsmen in the field. (Photo: Gemtech)

Members of the Michigan Natural Resources Commission approved the use of NFA-compliant suppressors by hunters in an easy vote at their meeting last week.

Backed by National Rifle Association, National Shooting Sports Foundation, suppressor trade groups and local hunters, commissioners voted 4-1 in favor of scrapping long standing regulations in the state against the use of suppressors by sportsmen. The sole dissenter was Commissioner Vicki Pontz while two members of the seven-seat commission were absent.

“The proposed amendment to the Wildlife Conservation Order on suppressors was crafted with a number of purposes and distinct user groups in mind,” said Michigan Department of Natural Resources public information officer Ed Golder previously of the move. “Besides hunters concerned about recoil and hearing loss, we talked to hikers, bikers, birdwatchers and other users who are also in the woods, in addition to private property owners.”

The repeal, Wildlife Conservation Order No. 1 of 2016, was proposed last December after DNR received requests from hunters to consider the use of suppressors for taking game in the state. Conservation officials argued that, while recreational and target shooters typically wear hearing protection, hunters often do not over concerns it could limit their ability to hear sounds of approaching animals or other hunters.

To address concerns over potential poaching or illegal use by sportsmen of the devices, DNR contacted conservation agencies throughout the country and reported that none had a significant increase in trespassing, poaching or safety zone violations after allowing hunters to take game with NFA-compliant suppressors. DNR also argued that allowing their use could result in selling more hunting licenses, reasoning some who currently shy away from the sport might be more attracted due to reductions provided by suppressors for both noise and felt recoil.

The American Suppressor Association, who helped lobby for the repeal, was excited that Michigan sportsmen will, effective immediately, be able to protect their hearing in the field. The group was instrumental in removing two proposed restrictions which would have limited the decibel reduction of suppressors allowed in the field to 30 dB, and would have banned the use of subsonic ammunition.

“It was a pleasure working to educate the NRC Commissioners and members of the DNR on the realities of suppressor use,” ASA President Knox Williams told Guns.com via email. “We applaud their decision to remove the prohibition on suppressor hunting without the two restrictive provisions. In doing so, they have done their part to ensure that the next generation of hunters does not have to sacrifice their hearing.”

Michigan is now the 38th state in the country to approve such policy through either mandate, regulatory change, or legislation.

Last year Florida joined the club after batting away a legal challenge to repealing a 57-year long ban in that state , while Maine, Minnesota, and Montana also adopted such reform.