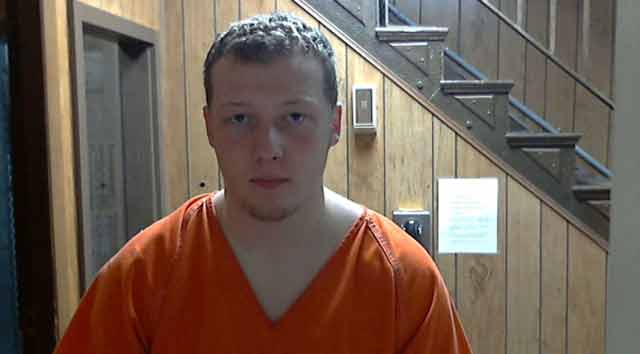 A 19-year-old high school student was arrested Thursday after authorities discovered he brought a handgun and hundreds of rounds of ammunition to Tarkio High School in Atchison County, Missouri.

Michael T. Knoth arrived at the school wearing what authorities described as military-style clothing and assault level ballistic body armor, according to reports from a local Fox affiliate. It is unknown if the body armor was situated inside or outside of his clothes, or whether anyone was aware he was wearing it.

However, sometime that morning, Knoth displayed to another student a fully loaded magazine he had tucked away inside the bullet-proof vest. This action prompted the student to notify school officials, who, in turn, called the police.

While waiting for officers to arrive, school staff detained Knoth in a room used for in-school suspension. Knoth attempted to leave the room with his backpack, but was unsuccessful thanks to a school administrator who took the backpack away from Knoth and let him know he would not be leaving.

When officers arrived, a search of Knoth’s backpack turned up multiple magazines, all of which were fully loaded, along with a loaded 9mm handgun. Authorities then placed Knoth in custody, searched his vehicle, and discovered more fully loaded magazines. Altogether, Knoth had brought over 600 rounds of ammunition to the school, including 80 rounds for an assault rifle, although such a rifle was not found at the school, which was placed on lockdown for about two hours while authorities determined there were no additional threats.

During an interview with law enforcement, Knoth admitted to doing internet searches on mass shootings, but authorities did not indicate whether Knoth had a plan to carry out such an act.

Knoth was arrested and charged with unlawful use of a weapon and making a terrorist threat. He is currently being held without bond.