Alabama sheriffs line up against guns in cars bill 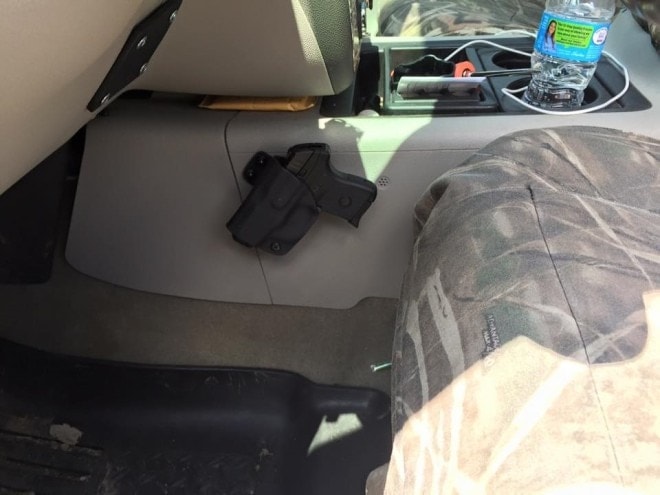 Packing heat legally in your car in Alabama? Not without a permit you aren’t and Alabama sheriffs want to keep it that way.

Law enforcement heads in the Heart of Dixie are against a measure that would allow otherwise law-abiding gun owners to have a loaded firearm in their vehicle without a permit.

Several lawmen from across the state were on hand Wednesday at the Alabama State House to urge lawmakers to scuttle a proposal to allow the practice over safety reasons, though it has long been the standard in neighboring states without much issue.

Backers of the legislation argue it comes down to the Constitutional right to keep and bear arms.

Allen backed a similar bill last session that passed the Senate easily then faltered on its way through the House. A large reason for that was opposition from county sheriffs and municipal police chiefs, and the lawmen are back this session trying for a repeat.

“Every time we turn around an officer is being killed, being shot, just because they’re wearing a badge,” Alabama Sheriffs Association Executive Director Bobby Timmons told lawmakers, adding that instances of road rage could escalate to deadly proportions if the state’s current gun laws are reformed. Besides opposing the measure this year and last, in 2013 Simmons sent a letter signed by all 67 Alabama sheriffs to lawmakers in a successful bid to block similar legislation then.

Second Amendment advocates disagree and the bill has the backing of both local groups and the National Rifle Association that contends some 25 states already allow law-abiding citizens to carry a firearm in their vehicle for self-defense without a permit.

“What we’re talking about is law abiding upstanding citizen that will be able to carry a pistol in their vehicle for personal protection. My gosh it’s an extension of your home. Should you not be able to protect it?” said Eddie Fulmer with the gun rights group BamaCarry. “We feel like this is one of our freedoms that has been taken away.”

The Judiciary Committee is expected to vote on SB 14 in coming days.