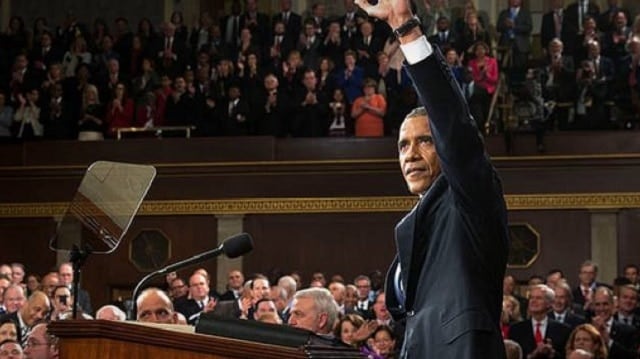 However, the Republican-controlled Congress appears unwilling to even consider the President’s budget, let alone provide money to fund actions criticized by many conservatives as infringements on their Second Amendment rights.

According to The Hill, Obama’s $4.1 trillion budget request, which includes proposals to increase funding for the Bureau of Alcohol, Tobacco, Firearms and Explosives, as well as the Federal Bureau of Investigation, to combat gun violence “was met with sharp Republican criticism when it was introduced.”

In fact, the Republican chairs of the respective chambers’ budget committees issued a joint statement explaining that their committees would not host a hearing with the Office of Management and Budget to consider the president’s budget.

“It is clear that this President will not put forth the budget effort that our times and our country require. Instead of hearing from an Administration unconcerned with our $19 trillion in debt, we should focus on how to reform America’s broken budget process and restore the trust of hardworking taxpayers,” said Senate Chairman Mike Enzi, a Republican from Wyoming.

The ATF’s portion of the budget request is for $1.3 billion, with $35 million allocated to the hiring of about 200 new agents as a way to deter gun violence. Additionally, the FBI is requesting funds to hire an additional 230 employees to speed up the National Instant Criminal Background Check System’s process, and tackle a growing backlog of denial appeals.

According to a White House Office of Management and Budget fact sheet, the budget includes funding for the additional agents, enhancements for the National Integrated Ballistics Information Network, improvements to NICS, directs the departments of Defense, Homeland Security and Justice to conduct research into gun safety technology and $500 million to increase access to mental health care.

In addition to the refusal to even consider Obama’s budget, it seems unlikely that much of funding for the president’s executive actions would have survived committee consideration anyways.

Both House Budget Committee Chairman Tom Price, a Georgia Republican, and Enzi issued statements in early January critical of the president’s announcement that he would be taking executive action on the issue of gun violence.

“This is not a responsible or an effective means at protecting the safety and security of the American people. The Obama Administration should focus on the job of the Executive Branch which is to enforce the laws of the land, not rewrite them,” Price said in his release.