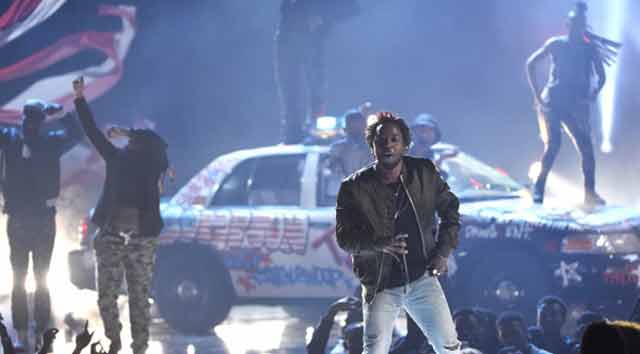 Kendrick Lamar, who is reportedly President Obama’s favorite hip-hop artist, has received more attention from the president than the eight police officers who have been murdered this year. (Photo: Chris Pizzello/Invision/AP)

A sheriff out of Carroll County, Maryland, took to Facebook over the weekend to express frustration over a recent spate of law enforcement officers being killed and President Obama’s silence on the tragedies.

Eight police officers have been killed in less than a month, six in a matter of one week alone. National Law Enforcement Officers Memorial Fund CEO Craig W. Floyd called the killings “a very troubling trend.”

“I cannot recall any time in recent years when six law enforcement professionals have been murdered by gunfire in multiple incidents in a single week,” Floyd said in a statement Friday, according to a report by Fox News.

The Baltimore Fraternal Order of Police penned a letter to the president over a year ago asking for Federal laws on hate crimes to be extended to include law enforcement as well.

“This call has gone unanswered and our nation’s law enforcement officers continue to die in the street,” the organization’s president, Chuck Canterbury, said in a second letter sent to Obama last week and posted to Facebook as well.

Likewise, the last officer was murdered one week ago, and President Obama has thus far failed to even publicly offer condolences to the families or the departments of the slain officers. 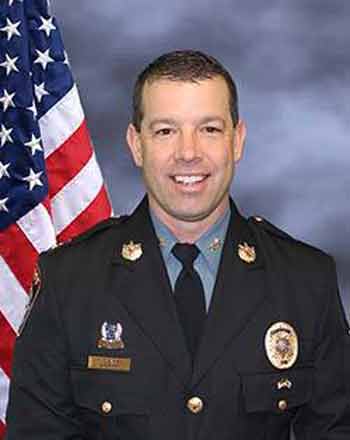 The letter by Carroll County Sheriff Jim DeWess has been shared over 22,000 times. (Photo: Facebook)

“I’ve watched and listened intently for words of encouragement and sorrow to come from you, but haven’t heard or seen anything,” Carroll County Sheriff Jim DeWees expressed in an open letter to the president in the form of a Facebook post Saturday, following the deaths of two deputies from nearby Harford County.

DeWees pointed out in the letter that the deputies were killed just 50 miles from where the president and his family live.

“I understand that you are a busy man and are being pulled in multiple directions every day of the week,” DeWees went on to say. “But, when my president doesn’t take the time to openly recognize the sacrifices that brave men & women of law enforcement make each day to keep domestic peace, I’m disappointed!”

But while President Obama has remained silent on the police killings, two days after Sheriff DeWees posted his letter, The White House found the time to tweet a “shoutout” to Kendrick Lamar, who is reportedly Obama’s favorite hip-hop artist and recently won a Grammy for the best rap album.

Shoutout to @KendrickLamar and all the artists at the #Grammys working to build a brighter future. #MyBrothersKeeper https://t.co/XM0KwV3jNB

DeWees concluded his letter, which can be read in its entirety below, by saying the president’s “silence about these events speaks volumes.” Sheriff DeWees also extended an invitation to President Obama to come stand beside him as the slain deputies were laid to rest Wednesday. The invitation also was ignored.

A Letter from me to our president: Dear President Obama: In case you haven’t heard, eight American police officers…