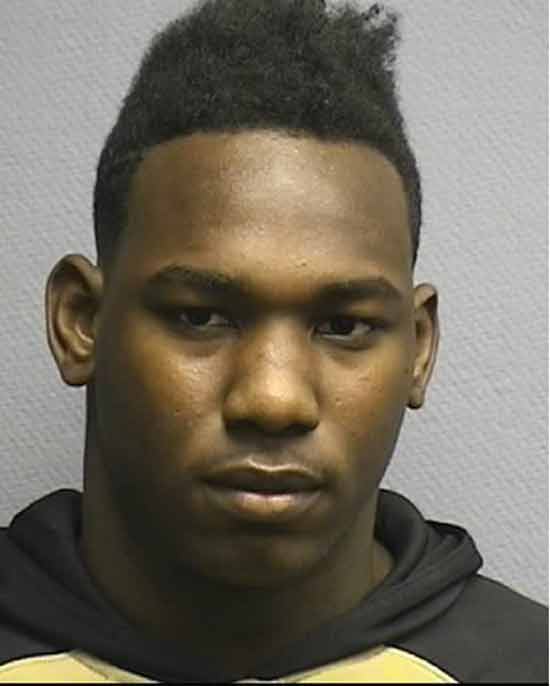 An 18-year-old man was charged with murder after he shot and killed his mother’s boyfriend, who was beating the woman at a gas station in Houston early Wednesday morning.

Authorities say there may have been a history of violence between the couple, but as the woman was being assaulted by 40-year-old Frederick Wallace, she phoned family members for help, including her 18-year-old son, Treveon Jones.

Jones arrived on the scene with another man just after 5:00 a.m., and removed his mother from Wallace’s car, along with the couple’s three young children. The children, who are all under the age of 10, were not reported to be injured, but witnessed the entire incident.

Once the woman and children were out of his car, Wallace sped away, but Jones wasn’t ready to let him go. Jones then opened fire with what authorities said was some sort of assault rifle and fired upwards of 20 shots.

Wallace was apparently struck at least two times in the back, according to reports from local ABC affiliate. After being shot, Wallace lost consciousness and crashed his car into a fence.

When officers arrived on the scene, they found Wallace in the driver’s seat of his car, slumped over the steering wheel. He was pronounced dead at the scene. 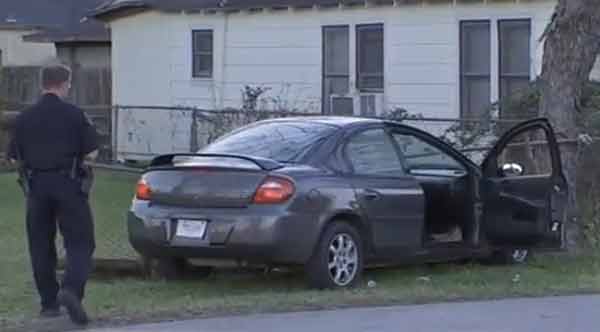 One witness first believed Wallace was drunk because he was driving on the wrong side of the road, but then realized he had been shot. (Photo: ABC)

Sgt. Matthew Brady, with the Houston Police Department, reviewed the gas station’s surveillance video, which captured the woman’s attack and subsequent shooting. Brady confirmed without a doubt that the woman, whose name was not released, was in fact being assaulted by Wallace. But Brady also said once Jones and the other man arrived, “they decided to take things into their own hands.”

Jones was arrested shortly after the shooting.

While the use of deadly force is typically deemed justified in cases of self-defense in the state of Texas and there is no duty to retreat, the fact that Wallace was driving away – and seemingly no longer a threat – when he was shot, was likely the reason Jones is now facing charges.