I594 Backers double down with new gun protection order initiative 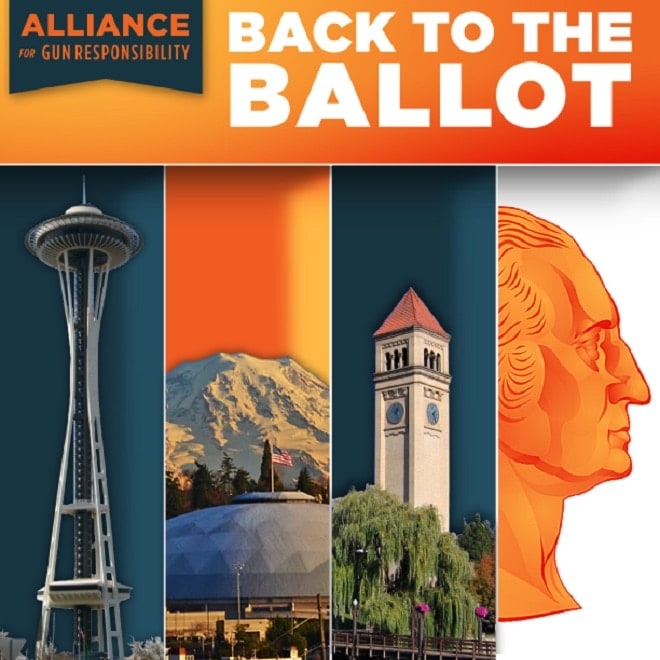 The gun control group who spearheaded 2014’s successful Initiative-594 has another referendum to put before voters. (Photo: Alliance for Gun Responsibility)

Announced Thursday by the Washington Alliance for Gun Responsibility, the front group behind a 2014 measure fueled by huge influxes from billionaire tech gurus and national gun control group that led to universal background checks in the state, the new measure seeks to actively remove firearms from those deemed at risk. The proposal would establish Extreme Risk Protection Orders in the state to allow families and law enforcement to ask the courts to issue a temporary restriction on an individual’s gun rights.

“Survivors and family members of those killed in mass shootings at the Jewish Federation of Greater Seattle in 2006, Seattle’s Cafe Racer in 2012, University of California Santa-Barbara in 2014, and others have all said that they believe this type of law could have prevented these tragedies,” said Renée Hopkins, WAGR’s executive director in a statement. “The majority of mass shooters in the last 20 years demonstrated signs of serious crisis prior to their actions. And eighty percent of those attempting suicide make their intentions known prior to an attempt.”

The Washington initiative would allow a family member to file a petition with the court and a judge would decide if the person poses a threat to themselves or others. This could lead to an order prohibiting firearms possess for up to one year, and could be renewed annually. The subject of the order can request a hearing once a year to rescind the order while those filing false petitions would set themselves up for a criminal penalty.

Critics of California’s gun violence order measure, which also allows for a one-year restriction, went so far as to call that legislation “a nightmare gun control bill” and the “Turn in your neighbor bill.” They argue measure’s language would make it possible for virtually anyone to ask for a court order for a firearms seizure warrant against gun owners without due process while at the same time offering no diagnosis, counseling or treatment to those at the center of the order.

Likewise, the Washington proposal would not come with a mandate to seek treatment along with the gun ban, although a judge could refer the person in crisis for mental health or chemical dependency evaluation.

Second Amendment advocates are not persuaded by the argument advanced by WAGR that the move would be beneficial to public safety, and advance their own concerns that it could lead to an iffy legal situation. Such concerns help scuttle an attempt by Democratic lawmakers from the Sea-Tac area who proposed a less ambitious 14-day gun violence restraining order scheme last Spring that failed to gain traction in Olympia.

“They couldn’t even get this bill out of a Democrat-controlled legislative committee because it totally violates due process,” Alan Gottlieb, chairman of the Citizens Committee for the Right to Keep and Bear Arms, told Guns.com on Friday. “Their only hope is to buy the ballot measure by spending millions of dollars to dupe low information voters.”