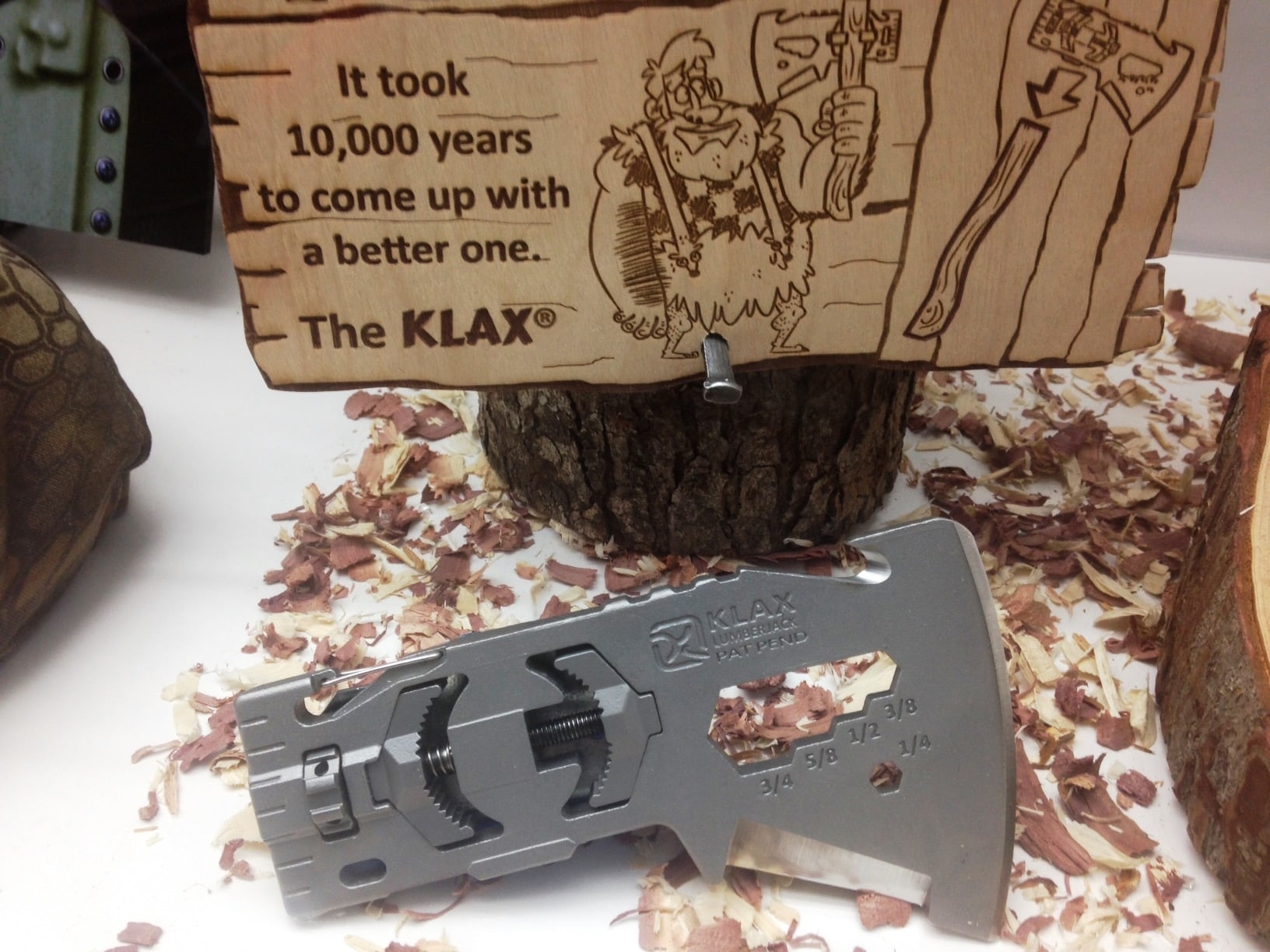 The new product center at SHOT Show is an exciting place. Vendors’ new rollouts are displayed in museum-like cases, in a darkened environment. It’s quieter than the rest of the floor, and a sense of excitement fills the air as observers take in the latest, often innovative, products, some of which are yet to be released.

Not all wares on display in the new product center are guns — in fact, most are accessories or gadgets. One such bauble caught my eye, its shine and unique construction contrasting with that gut-level familiarity we feel toward objects that have been around about as long as humans.

It’s an ax — but what an ax it is! The Klax Lumbejack Head is the name of a new product from Klecker Knives. It’s much more than just an ax head — it has what the company calls 10-plus features: Built-in Ulu Knife Blade, Knife Blade, Hammer Head, Cutting/Gut Hook, Hex Wrench Set, 1/4-inch Hex Bit Driver Socket, Bottle Opener, Lanyard Hole, Carabiner for Easy Carry, Ruler, and Ballistic Nylon Sheath. 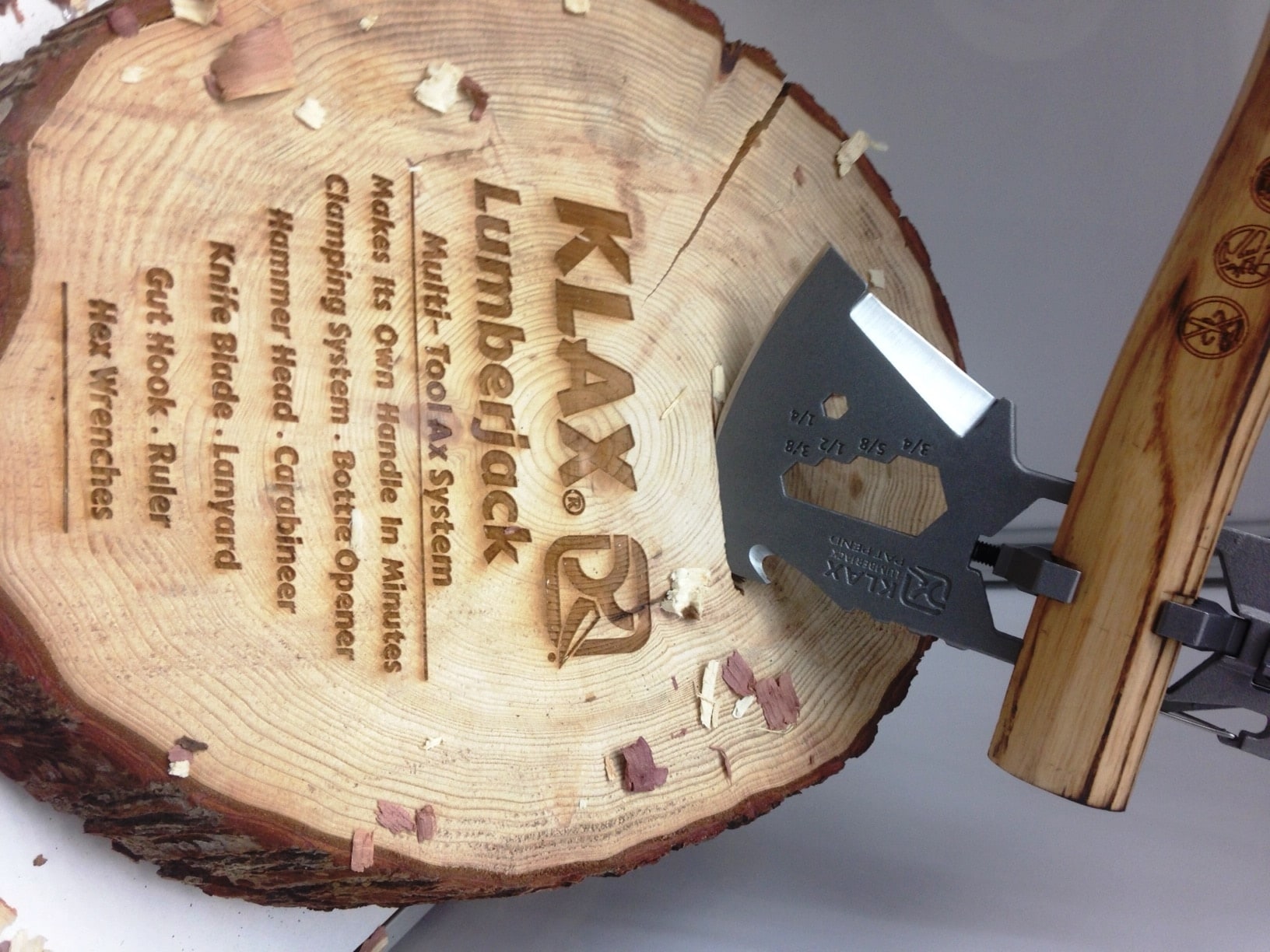 The Klax ax head stuck in some wood.

This ambitious creation is available in stainless steel for $160. It’s available with metric measurements as well as imperial hash marks. If you’re really into lavish materials, there’s the Ti-KLAX Head made of — you guessed it — titanium, for $550. Need I say, it looks really cool, too.

The SHOT Show display says the KLAX can even make its own handle. If you’re not that into whittling, there’s one available separately for $30. The Lumberjack attaches to a handle with a patent-pending clamp that’s sure to appeal to the artisan or engineer in your favorite hunter or yourself.

Whether its performance is as cool as its looks, I don’t know, but really, this ax is likely to stall out in the man cave as a conversation piece rather than be seen afield. And maybe that wouldn’t be so bad—after all, functional art is a beautiful thing.