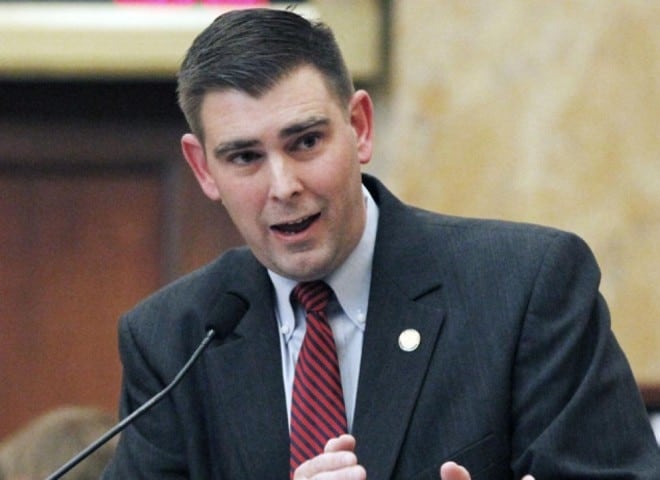 Mississippi State Rep. Andy Gipson, R-Braxton, who brought open carry to the state, is looking to do the same with constitutional carry. (Photo: Rogelio V. Solis/AP)

A bill that passed the Mississippi House this week to allow legal protections for gun use by church security will also allow for unlicensed concealed carry in the state.

The measure, shepherded through the House 85-33 on Wednesday would allow those with a concealed carry permit to have a firearm in church, providing they are members of the church’s established security program and expand legal protections to those who do. Current law only allows such exceptions for law enforcement or those with an instructor-certified Enhanced Carry certification or a security guard permit.

“One section says you can with an enhanced carry permit, another statute has an outright prohibition for places of worship,” says House Judiciary B Committee Chairman Andy Gipson, R-Braxton, himself a lawyer and minister of a small church. “This gives churches the option, the choice. They can create their own security program and designate members who can carry … A lot of these smaller churches can’t afford to hire security.”

Gipson’s bill, HB 786, codifies the allowance for concealed carry by members of designated church programs and extends the current Castle Doctrine protections on justifiable homicide, currently in place in Mississippi for an individual’s home, automobile and business, to their place of worship as well.

There is also language in the measure that would allow for concealed carry reform for all lawful gun owners in the Magnolia State as well.

In 2014, the Gov. Phil Bryant signed into law an a measure for those carrying a concealed handgun in a purse, bag or briefcase to do so under state law without a permit. Gipson’s bill would add to that law any gun carried in a holster or scabbard on the belt or shoulder — effectively allowing for unlicensed concealed carry in most methods.

Open carry without a permit for those legally able to possess a firearm has been legal in Mississippi since 2013 after a bill — similarly authored by Gipson — took effect.

“By effectively dismantling Mississippi’s licensing system, this bill would block law enforcement who stop an armed suspect from confirming that he isn’t a violent criminal, severely mentally ill, or otherwise dangerous,” said Ken Winter, executive director of the Mississippi Police Chiefs Association, a lobby group that opposes the change. “This bill would put law enforcement officers and all Mississippians directly in harm’s way.”

Gipson argues his changes to permitless concealed carry, already in effect with the purse and bag law, is a simple clarification.

The measure has the support of gun rights groups including the Mississippi State Firearm Owners Association as well as the National Rifle Association.

It now proceeds to the state senate where Republicans hold a healthy majority and a successful vote there could put it in front of Gov. Bryant who has signed multiple pro-gun bills into law.