Twin Cities man indicted for dealing guns without a license 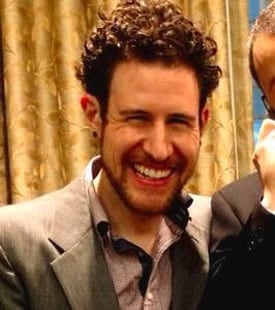 A Twin Cities man was indicted Thursday on charges of dealing guns without a license and lying on at least nine firearm transaction forms.

Eitan Feldman, 28, is accused of selling dozens of guns without first conducting a background check since January 2014 and at least three of the guns were recovered from local crime scenes, according to the indictment.

For inventory, Feldman would buy guns from out-of-state Federal Firearms Licensed dealers through online auction websites like Gun Broker, the indictment says. Then he would have the guns transferred to a local FFL and often within days post sales advertisements on ArmsList, an online classifieds section for private gun sellers.

HIs ads, which he posted approximately 41, would falsely state that he had owned the gun longer than he actually had. The guns were also listed at a higher price than which he bought them.

According to the indictment, he underwent 18 separate background checks at his local FFL. Each time he certified on the background check from that “I further understand that the repetitive purchase of firearms for the purpose of resale for livelihood and profit without a Federal firearms license is a violation of law.”

In July 2015, a special agent with the Bureau of Alcohol, Tobacco, Firearms and Explosives spoke with Feldman over the phone. The agent told him that some of the guns he bought had been linked to crimes just days after the FFL transferred them to him. The agent asked Feldman if he could show him the guns to which Feldman said he sold them at gun shows and only had about seven at his house. During that conversation, Feldman also tried to mislead the agent about his permanent address.

The ATF executed a search warrant at Feldman’s home and found bills of sale that showed four of the guns he received at the FFL had been sold between three to 24 days later, the indictment says.

On Oct. 2, 2015, ATF agents served Feldman with a notice warning him that his operation fit the definition of being a “dealer in firearms,” he should “cease and desist” the activity, and if he continued could result in criminal prosecution. Yet, he re-established the same pattern of buying and selling guns about a month later. From Oct. 20 to Jan. 14, he bought and sold eight firearms.

Selling guns without a license became a hot-button issue at the beginning of the year when President Obama identified it in executive actions designed to improve the background check system. He identified the crackdown on unlicensed sellers as an initiative to be taken by the ATF, the law enforcement agency tasked with enforcing federal gun laws.

U.S. Attorney Andrew Luger, from the District of Minnesota, also identified the issue when he announced Feldman’s indictment. “Violent crimes involving guns are often committed by people who cannot legally obtain a firearm, but they find a way,” he said, adding, “Eitan Feldman was one of those ways.”