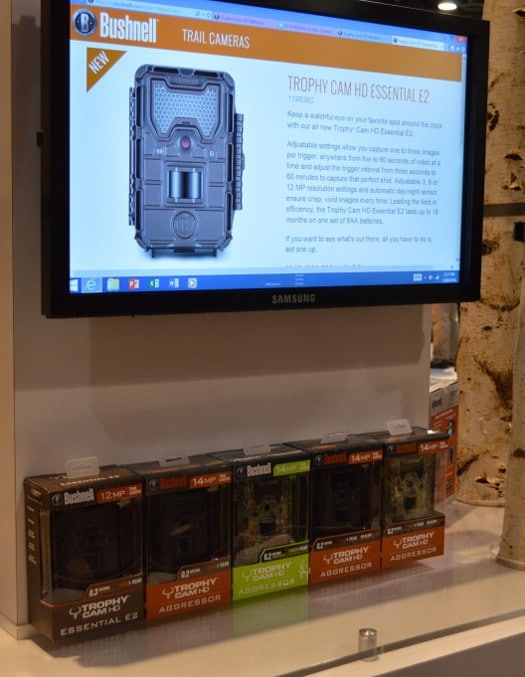 Bushnell wireless trail cameras are not new. In fact, they won Optic’s Planets 2015 Brilliance award for their cams that send up-to-the-minute photos to your smart phone, tablet, or computer. But the technology, ease-of use, and cost-effectiveness of Bushnell’s wireless, networked trail cameras keep them at the top end of the specialized market as they upgrade models for 2016.

Where other companies in the space require users to purchase SIM cards, add on to their personal cellular carrier plans, or lock in to year-long contracts, Bushnell makes things more user friendly by essentially holding their own small share of AT&T’s 3G network.

Users pay as they go online, and monthly image prices are quite reasonable, starting at $9.99 for 1,000 images and up to $59.99 for 10,000. The best part is you’re not stuck contracting yearly for wireless connectivity with a game camera you may only use for two to three months out of the year.

Users manage the wireless cameras from either computer or smart phone.  Both iPhone and Android are supported, wherein a free app allows trail cam photos be sent to smart phone, email, web, or Facebook. Besides, if you’re as tied to your smart phone as most folks are these days, who doesn’t want to get txt messages of the big buck cruising by their deer stand?

Among the most interesting new-or-improved Bushnell trail camera models on display at Shot 2016: the 14mp Aggressor HD Wireless and the Trophy Cam HD Essential E2. In general, the higher level Bushnell trail cams feature 12-14 mega pixel quality, no-glow black LED’s, and last up to 18 months on one set of eight-AA batteries. Several models now require only eight-AA batteries for the same runtime. A solar charger option is now being offered as well for ultra-high-traffic areas.