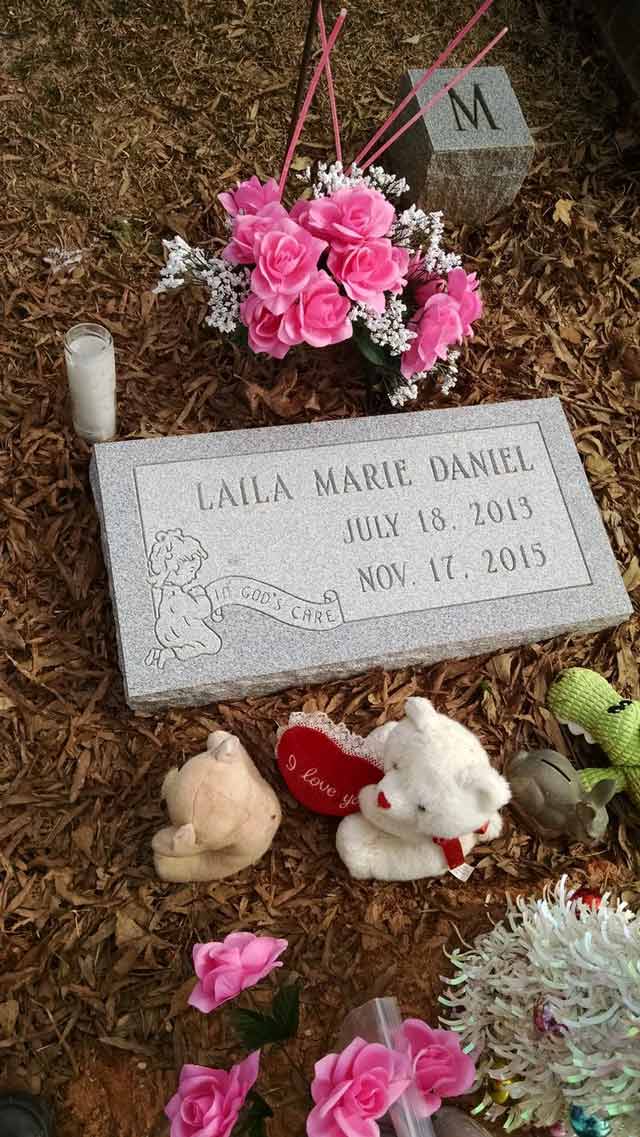 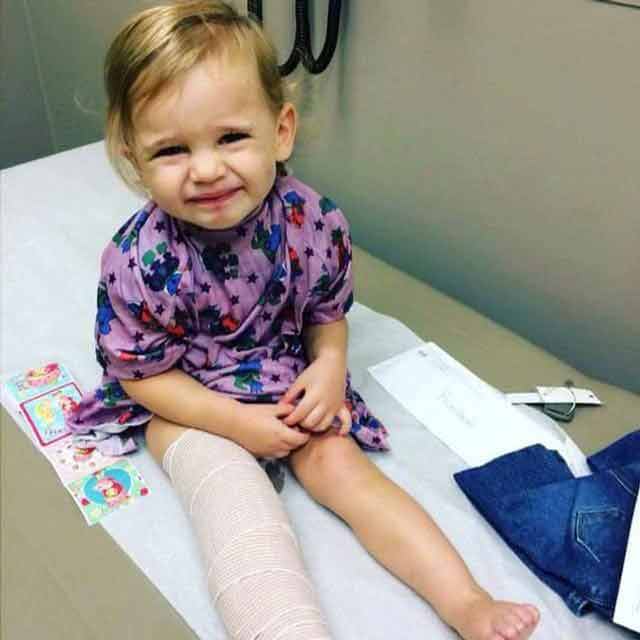 Two former police officers pooled their own resources to provide a headstone for a little girl’s bare grave.

Laila Marie Daniel, who was just 2 years old, died in November after spending four months in foster care, and Laila’s foster mom, Jennifer Rosenbaum, is accused of killing her. Rosenbaum claims Laila was choking on a chicken tender and she tried to perform the Heimlich maneuver then CPR. Rosenbaum told authorities she was afraid she didn’t preform the maneuvers correctly, she didn’t really know what she was doing, and was concerned she hurt the child.

However, an autopsy later revealed no signs that little Laila had been choking on the day she died. The autopsy also showed numerous internal injuries and evidence of previously broken bones. The medical examiner determined the fatal injury was blunt force trauma to the child’s abdomen that was delivered with force great enough to split the child’s pancreas in half.

But when two ex-cops, one of whom happens to now carve gravestones for a living, learned that Laila had been buried in a small graveyard in Hampton, Georgia, but did not have a headstone, they made an effort to change that.

However, the men, who were only identified as Alan and Grady, want no recognition for what they did.

“We did it solely for Laila,” one of the men said in an email.