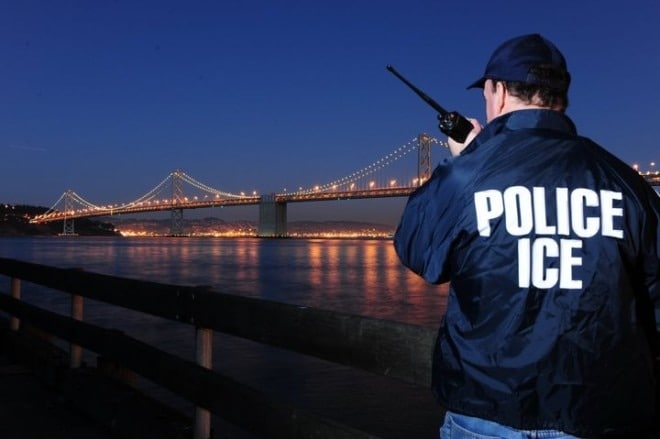 Another gun issued to a federal agent in the San Francisco area has gone missing. (Photo: ICE)

Authorities are looking for a .40 caliber HK pistol lost by a U.S. Immigration and Customs Enforcement agent last Friday morning in San Francisco.

According to local reports, the agent notified San Francisco Police at 9:27 a.m. that the gun had been missing since around 6 a.m. in the Ingleside area, an affluent neighborhood built at the former location of the Ingleside Racetrack.

“Regarding a lost or stolen loaded firearm. An ICE agent left his phone with a loaded weapon on top of his vehicle and drove off,” read a bulletin issued to officers as reported by KGO.

The weapon, a black Heckler and Koch P2000 SK .40 caliber semi-automatic, was confirmed to be a government-issued firearm in a statement from ICE authorities to KTVU.

“A duty weapon belonging to a special agent with U.S. Immigration and Customs Enforcement (ICE) was reported missing Friday morning in San Francisco,” advised the agency. “The incident was properly reported through official federal channels and to local authorities.”

In a region where gun control is considered to be among the strictest in the nation, this latest incident of lost federally owned firearms is not an anomaly.

In last July’s fatal shooting of Kathryn Steinle on San Francisco’s Pier 14, suspect Juan Francisco Lopez-Sanchez, a Mexican national with at least five deportations under his belt, allegedly used a Sig Sauer handgun stolen from the vehicle of a U.S. Bureau of Land Management ranger that was left loaded and unsecured on the seat.

This was compounded with the news last November that the pistol used in the fatal shooting of an artist in the San Francisco area was stolen from an ICE agent. That gun, a 9mm Glock 26, was taken from the car of a federal agent in the area just two weeks before the shooting and was one of a staggering 144 lost by ICE personnel in the past decade.

Further, the Department of Homeland Security as a whole, under which ICE falls, had some 165 firearms and more than 1,300 badges and credentials either lost or stolen during a 31-month period between October 2012, and April 2015.

Last September, San Francisco City Supervisor David Campos introduced a measure to city lawmakers seeking to specifically prohibit peace officers in the area from leaving an issued firearm in a personal vehicle. The only exception would be if the gun was secured in a locked container or locked truck separate from the main cabin of the vehicle.

However, in its current form, expected to pass and earn Mayor Ed Lee’s signature, the proposal would only apply to civilians and specifically exempt law enforcement personnel after protests from the San Francisco Police Officers Association.

The matter of the latest missing handgun, advises ICE, is currently under investigation.