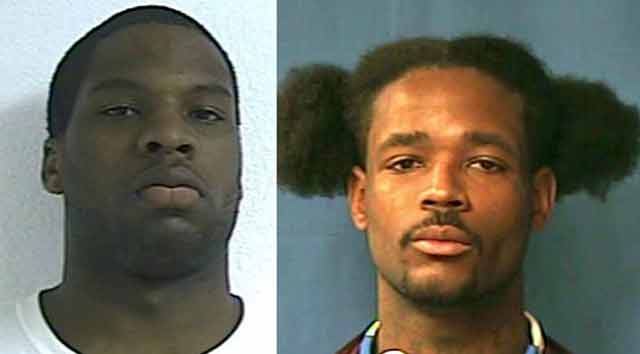 The first break-in happened Thursday morning just before 3 a.m. The 27-year-old female homeowner had a history of domestic violence with the suspect, who was later identified as 31-year-old Eric Coulter.

The woman called the police as soon as she realized Coulter was trying to break into the house through a back bedroom window. But before officers arrived, Coulter successfully gained entry into the home, prompting the woman to open fire on the intruder.

When police arrived a short time later, they found Coulter lying on the floor in the bedroom. He was pronounced dead at the scene and two handguns were recovered from the bedroom, according to reports from local media.

Coulter had four children with the woman. The couple’s children, along with another child and several adults were home at the time of the break-in and shooting, but no one other than Coulter was injured.

Sgt. Dave Walker with the Tulsa Police Department said, although the investigation is ongoing, no charges are expected to come to the woman, who appeared to have acted in self-defense.

Less than 24 hours later, Friday, just after midnight, 22-year-old Devon Sanders was shot and killed after forcing his way into another Tulsa home.

According to the residents, Sanders knocked at the front door and asked to use the phone. But as the female resident stood at the door, Sanders, who was armed with a gun, forced his way inside.

While holding the woman and a male resident at gunpoint, Sanders rummaged through the home, gathering valuables. But the male resident was able to retrieve a handgun and shot Sanders, who immediately fled from the home, but collapsed a short distance away.

When police arrived, they found Sanders lying on the ground nearby. He was pronounced dead at the scene.

Authorities have reason to believe that Sanders, who also has a prior criminal history and served prison time for burglary, may be responsible for another break-in one day prior. During that incident, the suspect was scared away by an individual who fired warning shots into the air. Officials also say Sanders may have had an accomplice.

No charges are expected to be filed in the second incident either, authorities said.